According to experts, it is unlikely that the third Covid wave will have a greater impact on children as evidence suggests that less than 5 per cent children will require hospitalisation 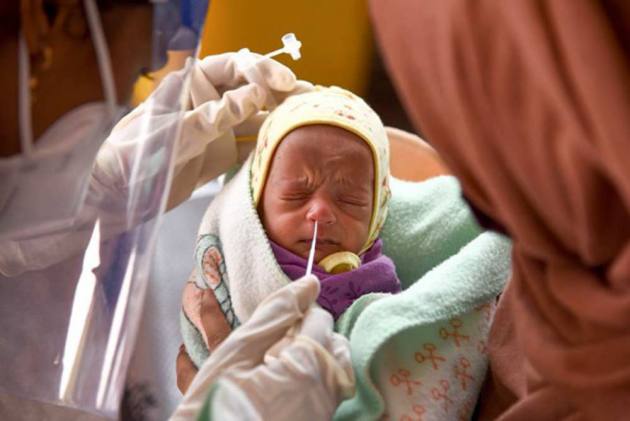 While daily coronavirus infections have been steadily declining across the country, many state governments are making preparations to tackle a possible third wave of the virus. Right from stratified serological surveys to the import and installation of oxygen plants and other crucial medical equipment, states and UTs are leaving no stone unturned to fight the next surge of the virus.

In the backdrop of these developments, many people have speculated that the third wave might impact children more than adults. One main reason for this speculation gaining ground has been the impact of the second wave, which saw a higher number of children contract the deadly virus.

However, according to a recent study, there’s no substantial evidence so suggest that more number of children will contract the virus if and when such a third wave hits the country. According to a new report published by Lancet, Covid-19 symptomatology in children in India appears to be globally comparable.

Fact Check: Can A Single Dose Of Covid-19 Vaccine Protect You From The Virus? Here’s The Truth

Fact Check: Is It Better To Take Covid Vaccine During The Day Rather Than Night? Here’s The Truth

The Lancet Covid-19 Commission India Task Force prepared the report after convening an experts group comprising leading paediatricians from the country to examine the issue of ‘paediatric COVID-19’ in India.

"Most children with Covid-19 are asymptomatic, and amongst those symptomatic mild infections are predominant. Most children have fever with respiratory symptoms, and often present with gastrointestinal symptoms (such as diarrhea, vomiting, pain in abdomen) and atypical manifestation compared to adults. The proportion of symptomatic children increases as age increases as does the severity in such age groups," the report stated.

In the absence of a national database on clinical presentation and outcomes of infected children during the two surges noted thus far, the data of approximately 2,600 hospitalised children, below the age of 10 years (excluding neonates), from 10 hospitals (both public and private), in Tamil Nadu, Kerala, Maharashtra and Delhi-NCR region, was collected and analysed.

According to the data, mortality rates amongst these surveyed hospitalised Covid-19 positive children below the age of 10 years was 2.4 per cent and about 40 per cent of the children who died had comorbidities.

"Nine per cent of all hospitalised Covid-19 positive children presented with severe illness, under 10 years of age. The above observations were similar during the two surges of Covid-19 infections India has experienced," the Lancet document said.

Kabra said less than 5 per cent children will require hospital admission in Covid-19 and out of them the mortality is of 2 per cent.

"Say out of 1 lakh, 500 children get hospitalised and 2 per cent of deaths are reported among them. So in one lakh, mortality of just one or two children is seen. In children, as such the disease is less severe. Very low proportion requires hospitalisation and very small proportion of mortality is reported. The mortality is also contributed by underlying diseases in the form of comorbidities like diabetes, cancer, anemia or severe malnutrition. In normal children, mortality is extremely rare," he told PTI.

The data was also evaluated separately for the time periods corresponding to the two surges, March 2020-December 2020 and January 2021-April 2021.

Comparable observations were recorded in a multicentric study which examined 402 children hospitalised in Indian hospitals, of which 90 per cent were asymptomatic to mildly symptomatic, and of 318 cases wherein 44 per cent had underlying co-morbidities, it said.

"Based on the data available, there appears to be no substantial evidence to suggest that children would be more affected or would have greater illness severity due to COVID-19 infection in the anticipated third wave. Studies also indicate that children have milder disease, better prognosis, and low mortality in comparison to adults," it said.

On multisystem inflammatory syndrome (MIS-C) in children, the report said, risk factors for this condition include obesity, asthma, compromised breathing, developmental disorders, cardiac disease, cancers or immunocompromised children as well as those who have undergone surgeries.

Although figures indicate low mortality rates from acute Covid-19 in older teens, it appears to be higher in those who are obese. Most published data suggest mild to moderate predisposition in most cases and low mortality linked with MIS-C.

"Preliminary review of cases within representative facilities further corroborates the low case severity and low overall mortality rates in children. That said, the health system needs to gear up for a paediatric case load with adequate infrastructure, earmarked facilities at primary, secondary and tertiary levels of care, oxygen availability, appropriate equipment, trained manpower, drugs and injectables among others, all of which are specific to children," the report said.

The national-level clinical protocols must be adhered to at all levels of facilities and all providers adequately trained, similar to adult protocols.

"The health system must maintain its routine programs like immunisation and nutrition and identify high risk patients in advance for better management. Vaccines will form an important part of the preventive strategy for adults and also eventually for children and this must be evaluated and implemented expeditiously.

“Behaviour change communication and media management must be prioritised to help alleviate panic and anxiety. Schools must be reopened cautiously in person, with options for online access as needed, but with a firm resolve to bring normalcy back as quickly as possible in children's lives,” the report added.