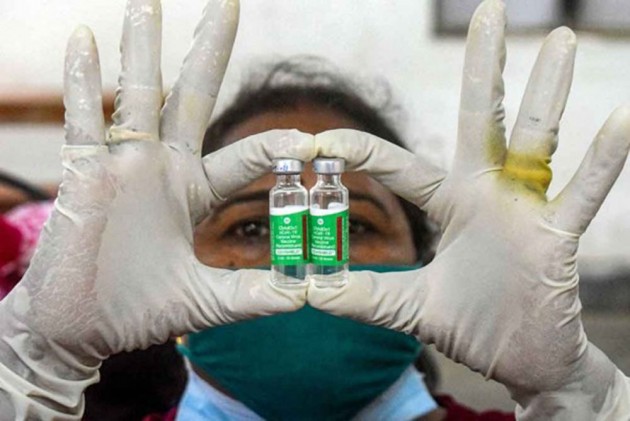 Many states and Union Territories have reported a shortage of Covid-19 vaccines. However, this problem is not unique to India because in the backdrop of the second wave of the virus during March-May, many developing nations reported an unprecedented spike in the number of infections leading to a massive shortage of not just vaccines but also other key medical equipment.

And as coronavirus cases seem to be steadily declining in many parts of the South Asia, the Delta variant has led to a surge in cases in other parts of the globe, especially the UK, with many experts predicting that a third wave of the virus is likely to soon hit most parts of the world.

Meanwhile, even as numerous vaccine manufacturers are working round-the-clock to produce more Covid-19 vaccines, shortage of jabs is not likely to be resolved anytime soon.

In the backdrop of these developments, health experts in many parts of the world have suggested governments to opt for a mix and match solution to deal with shortage of vaccines.

Around the world, different pharmaceutical companies have taken different approaches to developing vaccines. Pfizer-BioNTech and Moderna created mRNA vaccines. Oxford-AstraZeneca and Johnson & Johnson went with what are called viral vectors. The Novavax Covid-19 vaccine is protein-based.

So, mixing vaccines could mean more than just switching manufacturers – like from Pfizer for dose one to Moderna for dose two. You might be tapping into a different way to stimulate your immune response if you opt for a first dose of AstraZeneca and a second dose of Moderna.

The most obvious benefits of treating various brands and kinds of Covid-19 vaccine as interchangeable are logistical – people can get whatever shot is available without worry.

By speeding up the global vaccination rollout, mixing and matching vaccines could help end this pandemic. Researchers also hope combining different vaccines will trigger a more robust, longer-lasting immune response compared to receiving both doses of a single vaccine. This approach may better protect people from emerging variants.

Biological effects of a mix-and-match approach

Scientists suspect there are a few ways that receiving two different Covid-19 vaccines may result in a stronger immune response.

Each company used slightly different regions of the SARS-CoV-2 spike protein in their formulations.

It’s the virus’s spike protein that your immune system responds to, so exposure to different portions of the spike protein should mean your body will make an array of corresponding antibodies that can fend off future infection.

The range of antibodies should then provide better protection and increase the likelihood that you’ll be protected from variants with changes in the spike protein.

And different vaccine technologies activate unique aspects of the immune system thanks to how they present their portion of the spike protein.

The Pfizer and Moderna vaccines are composed of a small snippet of mRNA, genetic material that contains the recipe to make a region of the SARS-CoV-2 spike protein.

Wrapped up in a fat coat, the mRNA slips into a vaccinated person’s cells where it directs production of the viral protein. The person’s immune system then recognises the foreign spike protein and produces antibodies against it.

Several other Covid-19 vaccines rely on a viral vector. In these cases, researchers modified an adenovirus that usually causes the common cold to deliver the DNA instructions for producing a portion of the SARS-CoV-2 spike protein.

The modified virus is safe because it can’t replicate in people. Along with J&J and AstraZeneca’s, examples of COVID-19 viral vector vaccines in use globally include Russia’s Sputnik Vand the CanSino Biologics vaccine.

Your immune system can develop an immune response to the viral vector vaccine itself, which could reduce the vaccine’s effectiveness against the coronavirus. Experts hope that combining vaccine platforms, for example using an mRNA-based vaccine or one that includes a different viral vector for the second dose, could reduce that risk.

Around the world, studies are underway in animals and people to investigate the safety, types of immune response generated and how long immunity lasts when one person receives two different Covid-19 vaccines.

Results from a Spanish trial of more than 600 people indicated that vaccination with both the viral-vector AstraZeneca and mRNA-based Pfizer-BioNTech Covid-19 vaccines triggers a robust immune response against the SARS-CoV-2 virus.

Preliminary results from a German study that has not yet been peer-reviewed found that getting the AstraZeneca vaccine first followed by the Pfizer vaccine resulted in production of more protective antibodies and provided better protection against variants of concern compared to two AstraZeneca doses.

The Com-COV study in the UK is also investigating the safety and effectiveness of giving patients a combination of the AstraZeneca and Pfizer-BioNTech shots.

Preliminary findings indicate that people who got one shot of each type were more likely to report mild to moderate side effects than those who received two doses of the same vaccine. Final results of this study, including the effectiveness of this approach, are expected in June 2021.

The expanded Com-CoV2 study is testing other combinations of Covid-19 vaccines, namely from Moderna’s mRNA platform and Novavax’s protein platform.

Combos could be a good anti-variant strategy

It’s possible that people who are currently fully vaccinated will need a third shot to address genetic differences in new variants. Changing platforms for this booster shot – for instance, if your first round was viral-vector based, switching to mRNA or one that is protein-based – could help bolster your immune response.

Flu vaccines routinely protect against multiple strains of the influenza virus – but these are usually manufactured by the same company. In the future, this approach could lead to vaccines that contain multiple regions of SARS-CoV-2 to protect against several variants, or regions of both the coronavirus and influenza proteins, protecting against both viruses in a single shot.

For now, though, the Centers for Disease Control and Prevention in the US allows the mixing of the mRNA-based Pfizer and Moderna shots only in “exceptional situations,” such as limited vaccine supply or if a patient doesn’t know which vaccine they originally received.

Canada’s public health agency recently approved the mixing of different COVID-19 vaccines if limited supply prevents someone from getting their second dose of the same vaccine, or if someone is apprehensive about a second dose of AstraZeneca due to publicised side effects.