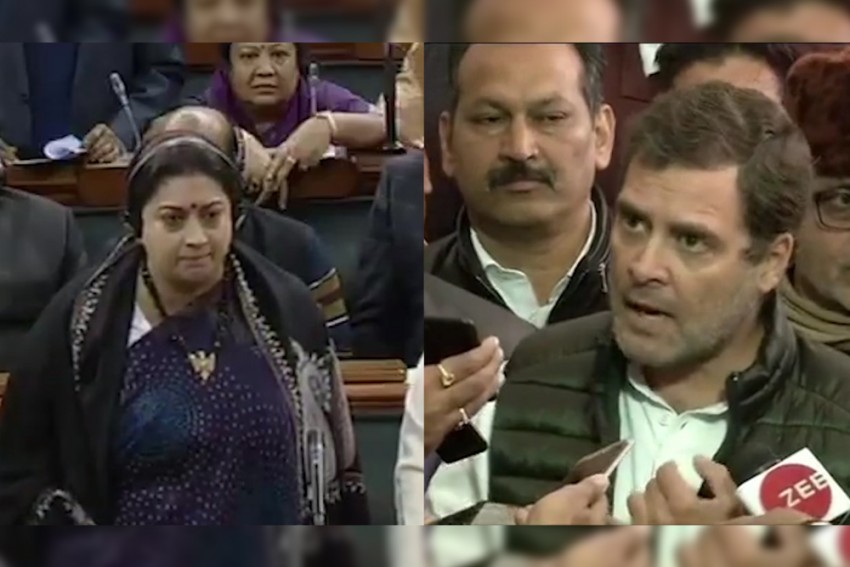 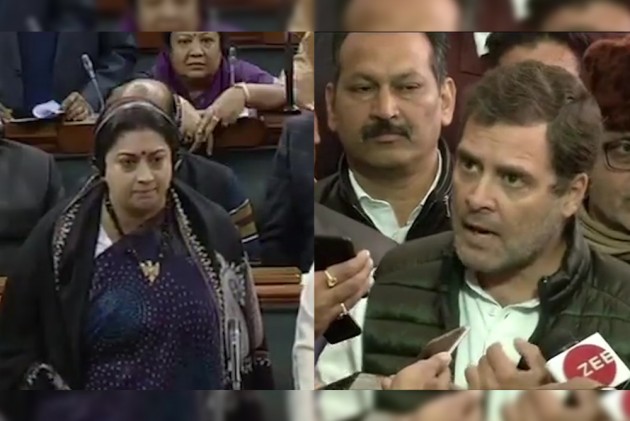 Congress leader Rahul Gandhi's remarks on rape were at the centre of furious protests in the Lok Sabha on the last day of the winter session on Friday.

The ruckus erupted after the ruling BJP leaders protested and demanded an apology from Gandhi for saying Prime Minister Narendra Modi’s promise of ‘Make In India’ had turned into ‘Rape In India’.

"This is the first time in the country's history that a son from Gandhi family gave a call that women be raped in India,” she said.

“Rahul Gandhi did this condemnable act by politicising the rapes of women. India's women are capable to give him a befitting answer. I ask if all males are rapist in the eyes of Rahul Gandhi," Irani added.

Another BJP MP, Locket Chatterjee, said while PM Modi was inviting everyone to ‘Make in India’, Gandhi is asking people “to come and rape women in India.”

What did Rahul Gandhi exactly say?

Addressing a rally in Jharkhand, where assembly elections are underway, Gandhi was speaking over the growing incidents of rape and sexual violence in the country.

Gandhi said: “Prime Minister Narendra Modi had promised ‘Make in India’. Now, whereever we look at, it is ‘rape in India’...”

The Congress leader further said: “In Uttar Pradesh, an MLA of Narendra Modi raped a woman, then car accident took place (in which the rape survivour was seriously injured). Narendra Modi did not utter a word...”

With the growing incidents of rape being reported from different parts of the country, the opposition has been questioning the government over the measures it is taking to safeguard the women. The debate turned more fierce after a woman was gang-raped and murdered by four men in Telangana last month.