On Wednesday, the BJP announced the appointment of former Maharashtra Chief Minister Devendra Fadnavis as the party in-charge for the Bihar assembly elections. 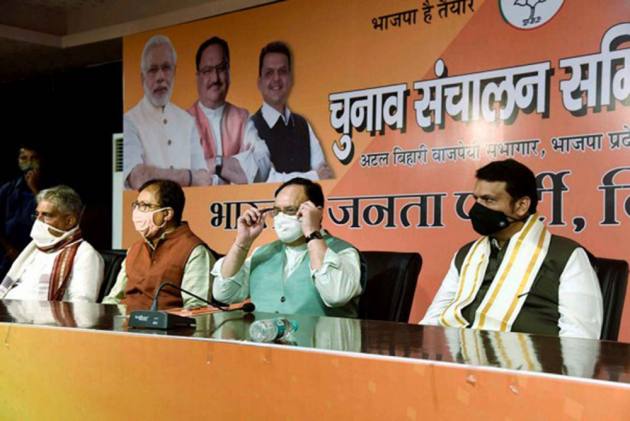 The BJP on Wednesday appointed former Maharashtra Chief Minister Devendra Fadnavis as its party in-charge for the Bihar assembly elections. The announcement came on a day, the party president J P Nadda has been holding talks with state BJP leaders to discuss the three-phase polls to the 243-member state assembly, including seat-sharing arrangements with allies like the JD(U) and the LJP. The LJP has been making a lot fuss lately, and has expressed its dissatisfaction over the number of seats being offered by the BJP.

For the last few weeks, Fadnavis had been participating in the party's internal meetings to discuss the Bihar polls and has even visited the state a few times recently. The Bihar assembly polls will be held in three phases on October 28, November 3 and November 7, and the counting of votes will take place on November 10.