The security forces had claimed they came across a meeting of Maoists in June 2012 in Bijapur. Following a gun battle, 17 Maoists were killed. 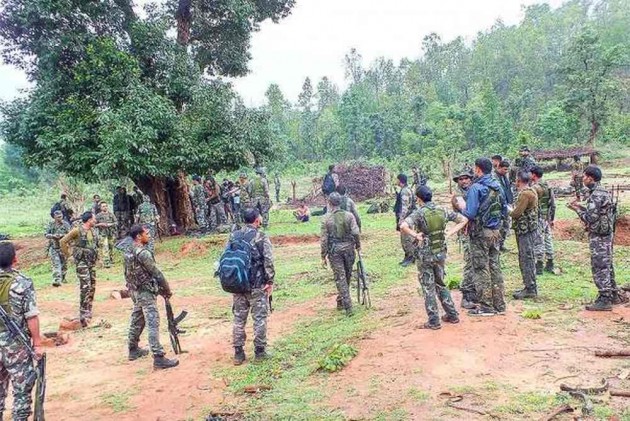 The Chhattisgarh Police killed 17 persons in a fake encounter in Bijapur district on June 28, 2012 and labelled them as Maoists, says the report of Justice Vijay Kumar Agarwal judicial probe. The report was submitted last month after seven years of hearing and investigation.

The report, leaked on Sunday, indicts the police, suggesting that the people killed in the 'gunfight' were not Maoists.

According to the security forces, a joint team of the CRPF and the Chhattisgarh Police came across a meeting of the Maoists in Sarkeguda around on the night of June 28, 2012. The security forces claimed they were fired upon by the Maoists, to which they retaliated. This claim was rebutted by the villagers, who said those killed in the firing were civilians and that they had gathered that night to discuss the preparations for a traditional festival.

The police's claim of firing from the villagers' side was wrong and the security forces could not provide any proof of the targeted group being Maoists, the report added.

After questions were raised over the death of 17 people in Sarkeguda village in Bijapur, the then BJP government had constituted a one-member judicial inquiry commission which submitted its report on October 17.

The report was presented before the Chhattisgarh cabinet late on Saturday and tabled in the Assembly on Monday.

The commission said the police investigation was flawed and was tampered with. The report rejected the police claims of confiscation of guns and pellets from the spot.

Advocate Isha Khandelwal, who appeared on behalf of the victims, said: "At long last, justice seems to be possible."

From Outlook Archive | Between State And Rebel, Bastar’s Youth Have No Simple Choice

Social activist and lawyer Bela Bhatia said the Congress, which had in 2012 called the Sarkeguda encounter fake, had withheld the report for over a month. "The government should have presented it before the House much earlier if it was keen to get justice to the victims," she said.

Claims of the security forces on other gunfights are also under the scanner in the Maoist-affected Bastar of Chhattisgarh. The police-Maoist gunfight in Kutrem in Dantewada district on September 23 is now being called fake. Soni Sori and Bhatia went to meet the villagers at Gumiyapal where the Kutrem victims belonged, and Sori alleged that there has been no gunbattle there.