Union Minister for Housing and Urban Affairs Hardeep Singh Puri said a Congress leader called him to request that "Lodhi Estate be allotted to another INC MP so that Priyanka Vadra can stay on." 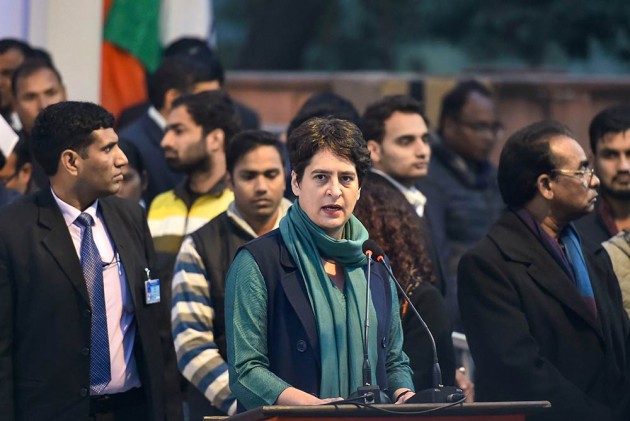 Congress general secretary Priyanka Gandhi Vadra, on Tuesday, dubbed as “fake” a report by news agency IANS which claimed that Prime Minister Narendra Modi had “in a remarkably statesmanlike move, agreed to a request” made by her to allow her to retain the 35, Lodhi Estate bungalow for some time.

Replying to Priyanka's remark, Union Minister for Housing and Urban Affairs Hardeep Singh Puri said a Congress leader called him to request that "Lodhi Estate be allotted to another INC MP so that Priyanka Vadra can stay on."

Facts speak for themselves!

A powerful Congress leader with much clout in the Party called me on 4 July 2020 at 12:05 pm to request that 35, Lodhi Estate be allotted to another INC MP so that Priyanka Vadra can stay on.

Let’s not sensationalise everything please. https://t.co/n1RQr6SGm6

The IANS news story had been picked up by Outlook through an automated news feed routinely employed by various media organizations.

The Union Housing ministry had, earlier this month, decided to cancel the allotment of the posh Lutyen’s Delhi bungalow made to Priyanka. The Congress leader had been allotted the bungalow in her capacity as a SPG protectee. The Centre had, last November, decided to withdraw the SPG security cover given to Priyanka and the Union Housing ministry’s belated decision to cancel the allotment of the Lodhi Estate bungalow was based on that decision.

In a tweet, Priyanka said, “This is fake news. I have not made any such request to the government. As per the eviction letter handed to me on the 1st of July, I will be vacating the government accommodation at 35, Lodhi Estate by the 1st of August”.

Soon after the cancellation notice was served to Priyanka, Outlook was the first to report that the Congress general secretary, indeed, planned to vacate 35, Lodhi Estate within the month and could, in fact, move her political base to Lucknow.