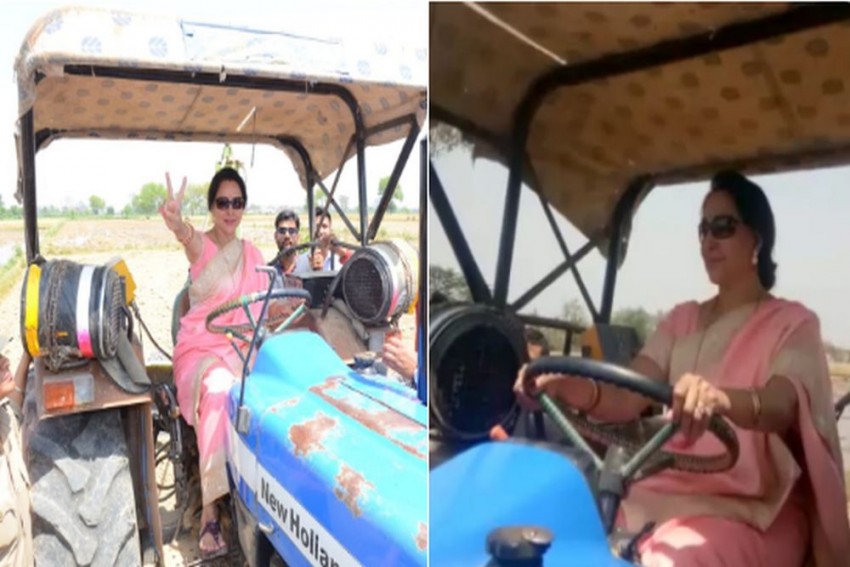 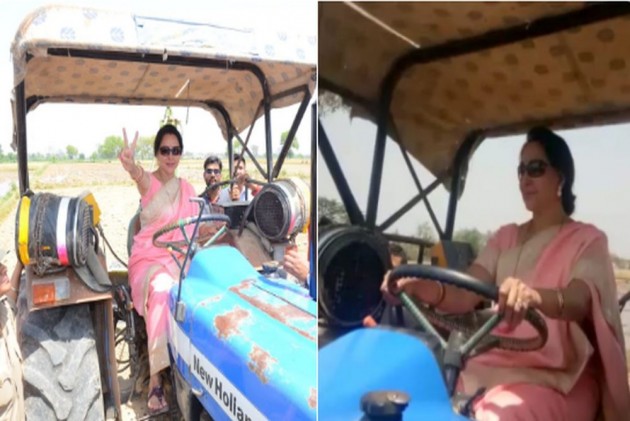 Actor-turned politician Hema Malini is creating buzz all over social media nowadays, attracting mixed reactions over a series of photographs of her, the latest being on Friday. The reactions are mixed, filled with amusement and scorn at the same time.

On Friday a picture of her was circulating on Twitter over her “field- visit” to Mathura. The 70 –year old actor, who is contesting from Mathura Lok Sabha seat on a BJP ticket, is seen with her hands on the steering wheel of a tractor, wearing a pink saree, smiling with sunglasses.

The former chief minister of Jammu and Kashmir and National Conference vice president Omar Abdullah took to Twitter on Friday to mock her, saying: "What are those drums on the side? Please don't tell me those are mist generators for cool air? Wow, that's one fancy tractor."

What are those drums on the side? Please don’t tell me those are mist generators for cool air? Wow, that’s one fancy tractor ðÂÂÂÂÂÂ. https://t.co/PQqSd9dA2R

Lately, several photographs of the actor surfaced on several Facebook pages and Twitter showing her posing, sitting in a helicopter, helping female farmers in cutting crops with a sickle, carrying bundles in the backdrop of a wheat farm, and greeting people through the sunroof of her Mercedez.

Some in the opposition passed scornful remarks at her picture, saying “good acting”.

The actor has drawn flaks from many, who claim that they hardly saw the former film star and classical dancer in the past five years, and that she has done very little for Mathura.

The rival parties have accused her of putting up an act in poll season.

Defending herself, the actor told NDTV, "I am an actress, a celebrity. I don't see this in Mumbai. When I go to the villages, I like that environment and I like it. Even if I acted, it was fun. What is wrong with it? Everybody was happy to see the picture back in Mumbai."