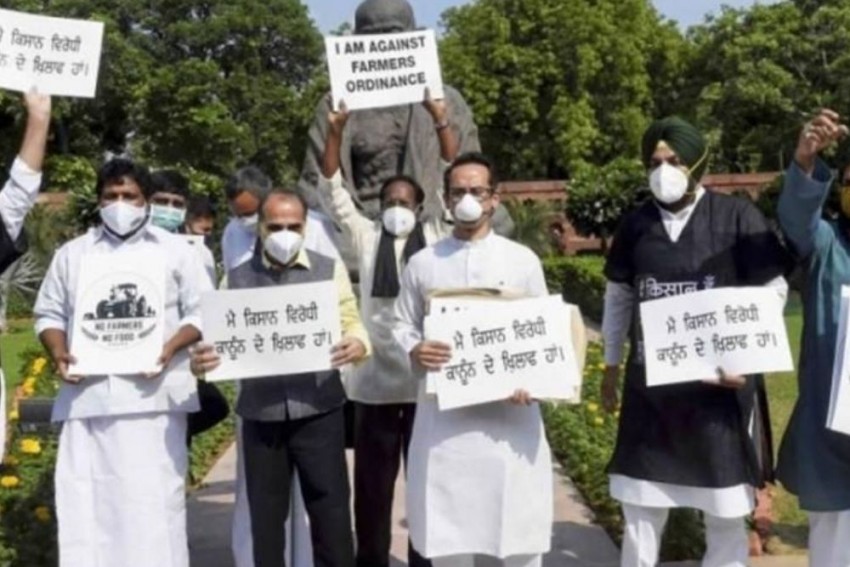 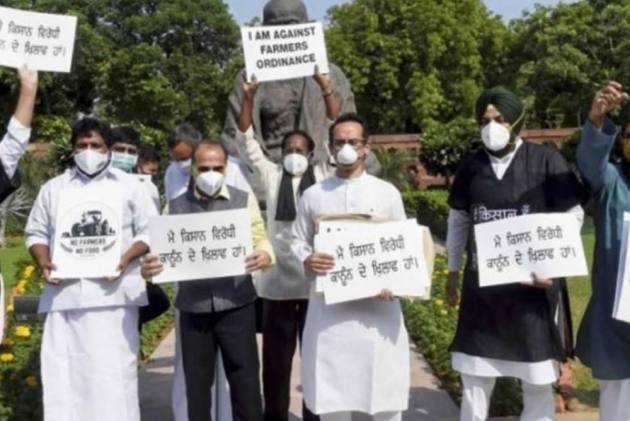 The protest began with Nath garlanding the statue of Gandhiji amid MLAs holding placards and toy tractors and shouting slogans denouncing the Centre.

The decision to stage a silent protest was taken since the three-day winter session of the Assembly, set to begin on Monday, was postponed due to the coronavirus outbreak, said state Congress spokesperson Narendra Saluja.

"We will continue to extend support to the ongoing farm agitation against the Centre's new laws," he added.

The winter session got postponed after 61 Assembly staffers and seven MLAs tested positive for the virus.

An earlier plan by the party to arrive at the Assembly complex in tractors was set to face hurdles from an order issued by the district collector banning the movement of several types of vehicles within a 5-kilometre radius.