In addition to man-made calamities, natural disasters have been a continual problem for Maharashtra farmers even as the state sits on a huge agrarian crisis. 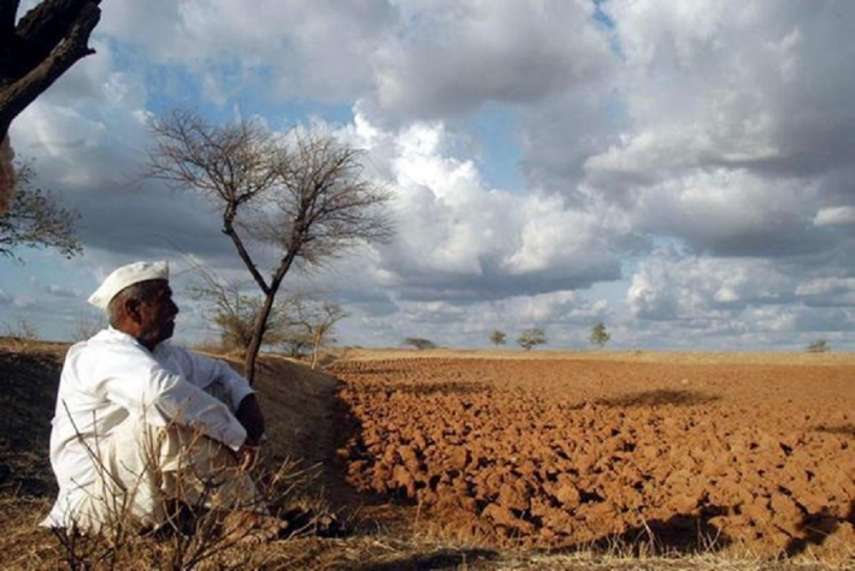 On Monday, the bill to repeal the three contentious farm laws was passed in Parliament after months of protests. While the repeal of the laws has brought cheer among farmers, some like Sunil Bembade had little to celebrate. "I am a farmer as I know nothing better. The toughest part is being a farmer. I do not like being a farmer,” said Bembade passionately. “I have been a farmer for 30 years and the last 20 years have been the toughest and worst in my life.” Bembade’s narrative is the story of a majority of the small and medium farmers in Maharashtra. Caught in the vortex of struggle, many want to quit farming.

Bembade is a marginal farmer from Ausa in Latur district, located in central Maharashtra. On a day when the Lok Sabha repealed the contentious farm laws, Bembade had little to celebrate. The 75 acres owned by him and his brother has become a millstone round their necks, he said. Rising costs of farming and the low returns has dampened his zeal and he now dreams of living a hassle-free life. Power outages, non-availability of farmhands, rising costs of labour, fertilizers, seeds and diesel, the lack of guaranteed prices for the produce are the reasons for Bembade and others like him to think of walking away from their farms.

According to a number of farmers Outlook spoke to, power outages are the biggest challenge to farming. Coupled with unpredictable weather – heavy rains, floods, hailstorms and droughts – experts find a steady decline in agricultural produce across Maharashtra. The power supply situation in the rural areas continues to deteriorate, farmers tell Outlook. If urban Maharashtra has a well-fed power supply, the rural areas have a somewhat haphazard pattern. Rural households often get eight hours of power during the daytime with none at night. The pattern is reversed the next week. Such weekly electricity schedules have become a tradition in rural Maharashtra.

With temperatures soaring during the rabi season (September to March), agricultural crops need a lot of water. However, on days when the power is supplied at night, the farmers have to stay up as the supply is erratic. “There is no timing which is followed. The supply can be given at any time. Often it is at 1 a.m. We go to the fields to switch on the pumps supplying water to the crops. The power supply is always interrupted, it goes off due to too much load on the transmission line,” said Bembade. “It takes hours for the power to be restored again as the linemen do not respond to our calls. They take their own time to come and repair the fault,” he further said.

Some farmers have suffered from snake bites on these night calls. “There are no lights in the fields. We work under the moonlight,” said Bembade.

Another issue they have been trying to deal with is the exorbitant power bills. The farmers pointed out that they do not get power bills for months on end. Then the officials cite non-payment and cut off the power supply. “I did not get bills for six months. Then I got a bill for three lakhs. I paid it. Though I have paid the bill they have come to cut off my power supply,” said another farmer. “Where do we get this kind of money to pay these bills?”

The scarcity of labour is another problem area. Following the implementation of the provisions of the Food Security Act, farmhands are not keen on working in the fields, said farmers. “They get 35 kgs of food-grains at a subsidised rate every month. So they do not want to work in the fields. Besides, they charge very high prices and want to work only as daily wagers. We have to pay Rs 300 to the women and Rs 500 as daily wagers,” said Santosh Sonowne, a sugarcane grower.

For cotton farmer Prakash Patil, the affordability factor is an impediment in getting farm labour for longer periods of time. “Their charges are too high. But there is no option. Even farmers with five acres cannot do it all alone. I have 30 acres of land. I have three regular farmhands for whom I pay Rs 1.50 lakh each annually. In addition to this I also have to employ daily wagers during pre-sowing and the harvest times,” said Patil.

The cropping pattern has been impacted by these factors. Food crops such as wheat and jowar are being grown only for the consumption of the farmer’s family. Cash crops such as sugar cane, which has been the most preferred crop, continue to be the top choice for farmers. “The sugar factories send their harvesters to cut the crop and take it to the mills. This solves the problems of labourers. Many farmers have switched from soya bean to sugarcane for this reason,” said Bembade.

The sugar industry too is plagued with problems. This sector is not only labour intensive but also capital intensive. Closure of sugar mills, sickness of others, scarcity of raw materials, lack of modernisation, poor returns from the sugarcane crop continues to dog the sector. The cooperative sugar mills are going through a huge crisis and are unable to pay the sugarcane farmers the minimum statutory price (MSP) at one go and are breaking it into smaller instalments, affecting the income of the farmers.

In addition to man-made calamities, natural disasters have been a continual problem. Maharashtra is sitting on a huge agrarian crisis. From June until now, incessant rains and unseasonal hailstorms have caused huge losses to the agriculture sector. The soya bean crop – which is a cash crop – has been destroyed in many parts of Maharashtra bringing down the procurement prices. A few months ago the price per quintal of soya bean had risen to Rs 10,000. Now the prices have crashed to Rs 5400 per quintal. Soya bean farmers have been hit hard by this crash of prices.

Eight districts in the Marathwada region – which are the traditional drought areas – have been severely affected by floods which is a new event here. The unprecedented floods have caused an agrarian crisis in this region. About 2.6 million hectares have been damaged since the beginning of the monsoon in June. Nearly 44,00,000 hectares under cotton cultivation in the Marathwada and Vidharba areas have been destroyed due to unseasonal areas and the pink ball worm infestation. Cyclones Nisarga and Tauktae have affected the mango production in the Konkan belt of Maharashtra.

According to Kishore Tiwari, of the Vidharba Jan Andolan Samiti who is also heading the state’s Agriculture Mission, the income of farmers has remained stagnant over the years.