'Farm Reforms Only Troubling Those Who Promote Middlemen:' PM Modi At Solang Rally

Hitting out at Congress, he said that the Atal Tunnel project wouldn't have been completed even by year 2040 as the party never accorded priority to the border infrastructure projects 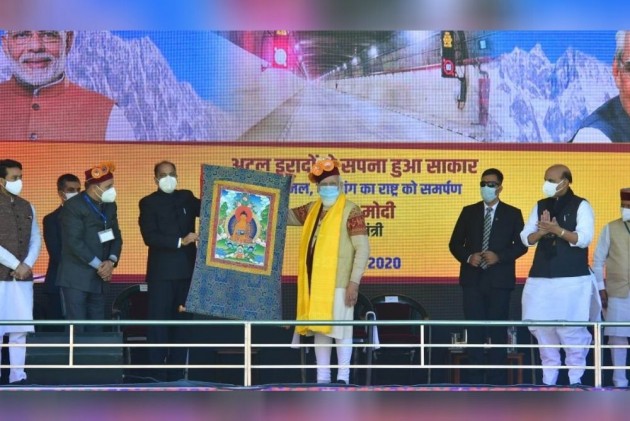 Prime Minister Narendra Modi on Saturday launched a scathing attack against the Congress for showing lack of ‘political courage’ in support of new farm reforms, which are aimed to free the farmers from the clutches of middlemen and commission agents.

“Those opposing these reforms are not prepared to change their century-old mind-set to accept a historic change that the new laws will bring around in larger interest of the farmers,” he said while addressing a public meeting at Solang nullah, near Manali.

Without directly naming Congress PM Modi said, that the new reforms give full freedom and more options to the farmers, or fruit growers like those in Himachal Pradesh to sell their produce anywhere in the country. Well, they are getting good price in the mandis in the home states, that facility had been continued .

'New Schemes Focus On Development For All, No More Vote-Based': PM Modi

PM further added, "Infact , the people who are now opposing the farm reforms also had similar motives, but they lacked political courage. Moreover, they look at the vote politics and elections, we didn't look. We are committed to improve the prevailing conditions of the farmers and liberate them from all the exploitations caused due to the interference of commission agents and middlemen.

He also advised the congress party to change its mindset as things are changing and time of status quo is gone.

Prior to this speech, Prime Minister inaugurated Atal Rohtang Tunnel, which lays down an alternative route between Manali and Leh, reducing not only distance of 46 kms but also travel time by 4 to 5 hrs.

Atal Tunnel was the dream project of former Prime Minister Atal Bihari Vajpayee, this 9.02 km long tunnel is all set to bring around a massive socio-economic revolution for the people of Lahaul valley, which had earlier witnessed decades in isolation especially during the winter after the closure of the Rohtang Pass. 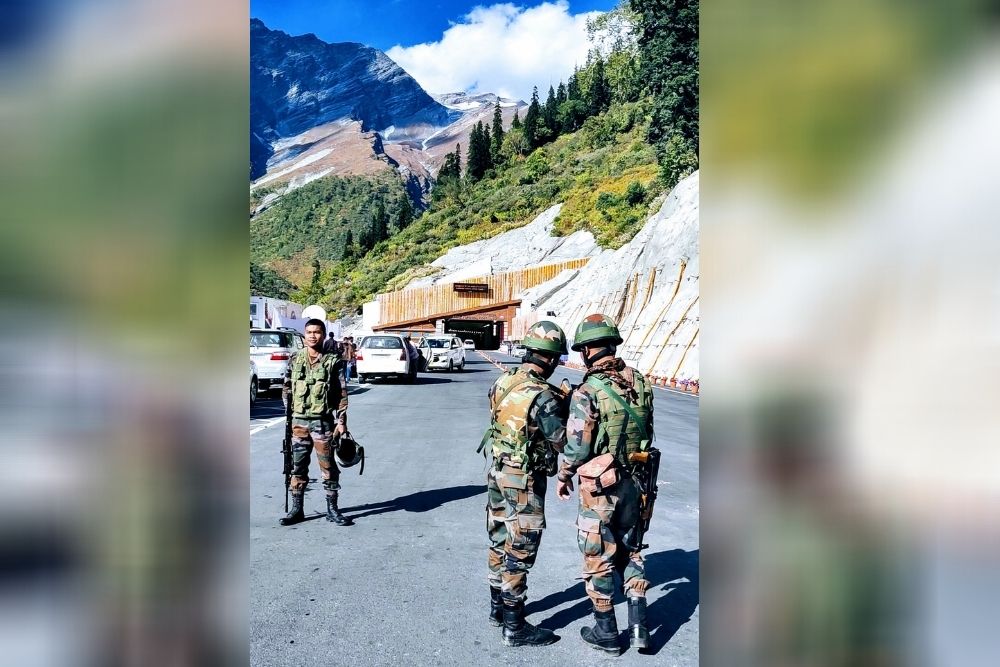 The tunnel project was approved by Vajpayee in the year 2002, and its foundation stone was laid by UPA Chairperson Sonia Gandhi in June 2010 .

Ironically, during his public meeting at Sissu in Lahaul valley, Prime Minister had accused the UPA government in attempting to delay and shelve the project despite of the strategic importance focusing at strengthening the infrastructure in the borders.

Hitting out at Congress, he said that the Atal Tunnel project wouldn't have been completed even by year 2040 as the party never accorded priority to the border infrastructure projects

Modi said with the construction of Atal Tunnel will benefit the farmers of Lahaul-Spiti and Pangi, people associated with horticulture, cattle-rearers, students and traders.

The Prime Minister cited delay in a number of projects, from the tunnel to the air strip at Daulat Beg Oldi in Ladakh, and claimed they had been either delayed or forgotten. He questioned the "compulsion" or "pressure" that might have been beyond the delays.

Described as the longest highway construction of its kind in the world (above 10,000 feet), the 9.02 km-long Atal Tunnel is built to "ultra-modern specifications" at an altitude of 3,000 metres (10,000 feet) in the Pir Panjal range of Himalayas.

It is a horse shoe-shaped, single-tube, double lane tunnel with a roadway of eight metres and has an overhead clearance of 5.525 metres, the Prime Minister's Office said in a statement.

The tunnel has been designed for traffic density of 3,000 cars and 1,500 trucks per day, driving at a maximum speed of 80 kmph.

The delay resulted in huge cost overruns and depriving people from getting benefits.