The farmers bodies have appealed political parties to suspend their poll campaign until the time poll schedule is out, so that focus remains on their protest. 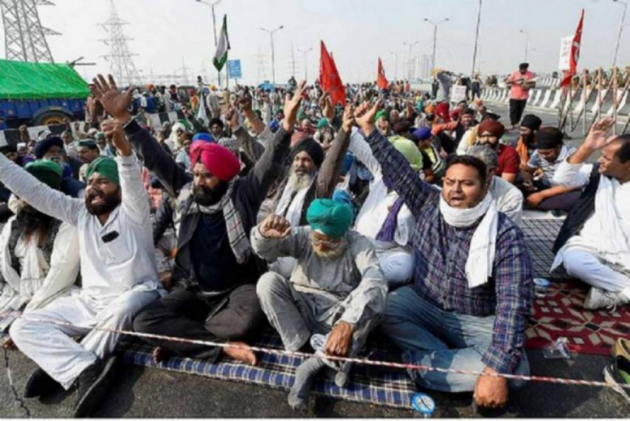 The various farmer bodies protesting against the Centre’s new agricultural laws on Friday urged political parties to suspend their poll campaigning for upcoming Punjab elections until the poll schedule is out so that the entire focus remains on their protest.

Farmer leader Balbir Singh Rajewal, who presided over the meeting, said Congress and Shiromani Akali Dal (SAD) leaders said they will consult their party leadership before announcing their decision.

The Congress was represented by its Punjab unit chief Navjot Singh Sidhu.

In a tweet after the meeting, Sidhu said, “Had a positive meeting with Samyukt Kisan Morcha … Discussed the way forward !!”

Had a positive meeting with Samyukt Kisan Morcha … Discussed the way forward !! pic.twitter.com/SEGUXUaXwR

Apart from the two parties, representatives of the AAP, BSP, Lok Insaaf Party and the SAD (Sanyukt) took part in the meeting, for which the invite was not sent to the BJP for the party’s pro-farm laws stand.

Rajewal said, "We appeal to parties that electioneering should not be held before the polls are announced. The party, which will still insist on running an election campaign before poll dates are announced, we will consider them as against the farmers' agitation."

Rajewal told reporters after a nearly five-hour-long meeting, "As our Morcha (agitation) is going on and a different kind of situation prevails currently, farmers' attention is focused on the Morcha. When parties conduct electioneering and mobilise supporters for their programmes, it diverts their attention."

Some other farm leaders said representatives of political parties were asked not to indulge in electioneering or hold political rallies till the elections are announced as it may hurt the farmers' struggle.

However, they said parties are free to hold small functions which do not attract big gatherings.

Rajewal said all parties who took part in the meeting asserted that they stand behind farmers in their agitation.

As many as 32 farmer bodies under the banner of the Samyukt Kisan Morcha had called the meeting. (With PTI inputs)