Owing to blockade of roads to Delhi, prices of vegetables have gone down in Amritsar and adjoining districts 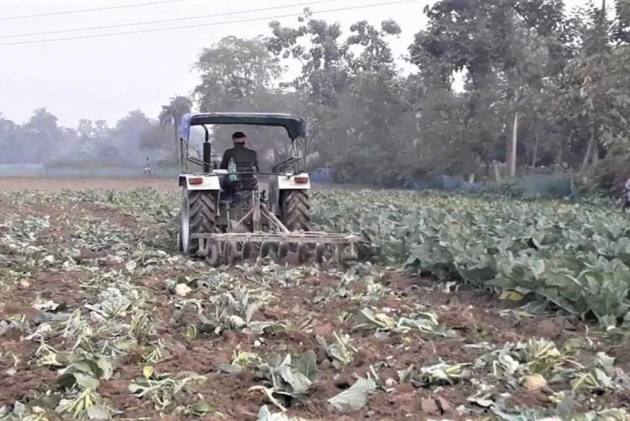 While farmers are protesting for their rights, something tragic happened with this farmer in Amritsar, Punjab – he was forced to destroy his entire produce of cauliflower which was selling for just 0.75 paise per kilogram at mandi (wholesale market).

According to a report by TOI, owing to blockade of roads to Delhi, prices of vegetables have gone down in Amritsar and adjoining districts and this has forced many farmers to plough their standing crops and "demand minimum support price (MSP) for the vegetables on the lines of wheat of paddy.

Ajit Singh, a farmer from the border village of Sarai, ploughed one acre of his standing cauliflower crop.

Ajit told TOI that he had spent around Rs 30,000-40,000 on the purchase of seedlings, fertilizers and pesticides for cultivating one-acre land and was hopeful of making a profit of more than Rs 1 lakh.

“Last year cauliflower fetched Rs 11-14, but today I am getting less than Rs 1 per kg in the wholesale market, harvesting the crop and taking it to the wholesale vegetable market is a losing proposition so I decided to plough it," he said.

He added that vegetable trucks were not able to reach Delhi and other markets resulting in a fall in the price of vegetables.

Earlier, another farmer, Omprakash Yadav of Muktapur village in Bihar’s Samastipur district was forced to plough his field of cauliflower with a tractor to destroy the ready-to-harvest crop.

“I have ploughed around 3.5 acres so far over the past two days. Around 1.5 acres still remain. I will plough it tomorrow (Wednesday). I had never expected to see such a day, but I now know the place of farmers in our country,” Omprakash told The Telegraph on Tuesday.

He added, “The usual price for cauliflower ranges between Rs 700 and Rs 1,500 per quintal, but the prices have nosedived this season.”

In April, a farmer in Bangalore who grew muskmelon said that due to lack of labour and no transportation facilities to take it to the market, he left the produce to rot in fields.

Another one from Karnataka who grew tomatoes had dumped 15 tonnes of his produce on a dry tank bed as he could not transport it to the market.