'The Union government has not assured farmers the MSP of their produce and there is no provision for it in the agricultural laws passed by the Centre', Tikait said. 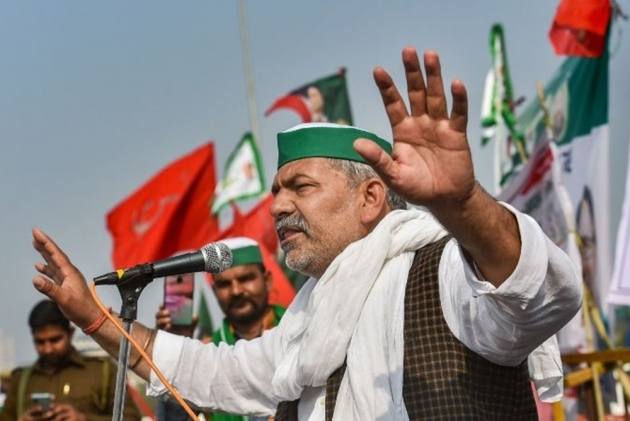 BKU leader Rakesh Tikait on Friday junked Prime Minister Narendra Modi’s claim of implementing recommendations of the Swaminathan Commission on the MSP for crops, saying farmers are committing suicide as they are not getting the remunerative price of their produce.

Till today, cultivators of Bundelkhand in Uttar Pradesh are not getting the minimum support price (MSP) of pulses and are committing suicide, he said in a message to the PTI.

The claim of the implementation of the commission report is totally false, he said.

The Union government has not assured farmers that they will get the MSP of their produce and there is no provision for it in the agricultural laws passed by the Centre recently, he said in a WhatsApp message.

He said farmers do not want an aid of Rs 500 per month being given by the Centre but demand the minimum support price for their produce.

Farmers are not beggars, Tikait added.

He also alleged that the government is helping sugar mill owners by giving them export subsidy by which arrears of sugarcane growers will be paid.

They are helping sugar mills owners and farmers will not benefit by it as they will only get their dues, Tikat added.

Prime Minister Narendra Modi on Friday defended the new farm laws, saying accusations such as the new laws will lead to the scrapping of the minimum support price (MSP) for crops were blatant lies.

Addressing farmers of Madhya Pradesh through virtual mode, the PM said his government implemented the Swaminathan commission report and gave MSP of 1.5 times the cost of production.