Students said they feel an “emotional connection” with the protesting farmers 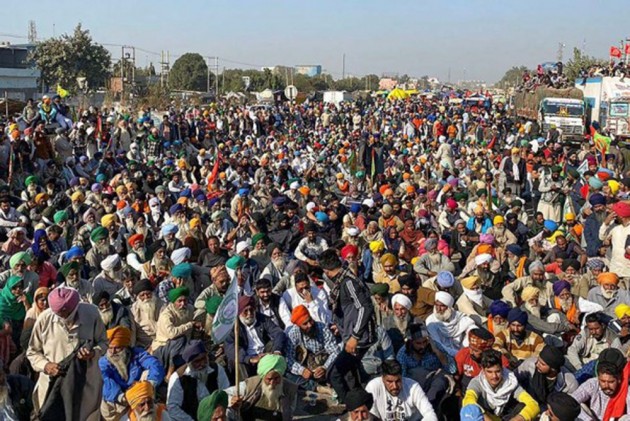 Playing the “dafli” and singing songs about distress, a number of students from different universities joined farmers in their protest against the Centre's farm laws at the Delhi-Haryana border in Singhu.

Arpan, a student of Punjab University and a resident of Chandigarh, said she joined the farmers' agitation as she felt an "emotional connection" with them. "We have come here to support the farmers. We are camping here with them and we have had meals at the langars. We are also singing songs in Punjabi and Hindi to explain the farmers’ condition," Arpan said.

At least around 25 to 30 students from different parts of Haryana and Punjab, were seen at the Singhu border on Saturday. The students sat on the roads and sang songs about the difficulties faced by the protesting farmers', played tambourines or 'daflis' and clapped along. They also shared meals with the farmers in the makeshift community kitchens set up by the protesting farmers.

Ankit, a student of Kurukshetra University, said he came to Singhu along with farmers from Haryana’s Jhajjar district. "We have joined the farmers, we will follow them and do what they will do. We have come here by our own wish. We are eating and sleeping with them. They (farmers) are providing us with meals and are treating us like their children," Ankit said.

Thousands of farmers stayed put at the Singhu and Tikri border points for the third consecutive day on Saturday amid heavy police presence. They rejected the police's suggestion of moving to a north Delhi ground. The protesters' numbers swelled at the Singhu border point as the farmers gathered there since Thursday and Friday were joined by more counterparts from Punjab and Haryana on Saturday.

Refusing to move towards the Sant Nirankari Ground, one of the largest grounds in the national capital, the farmers said they will not relent till they are able to hold their protest at Jantar Mantar or Ramlila Maidan in the heart of the national capital.