As part of the campaign against government policies, the farmers are also planning to mobilize students at the Delhi borders on March 23 to mark Martyrs Day. 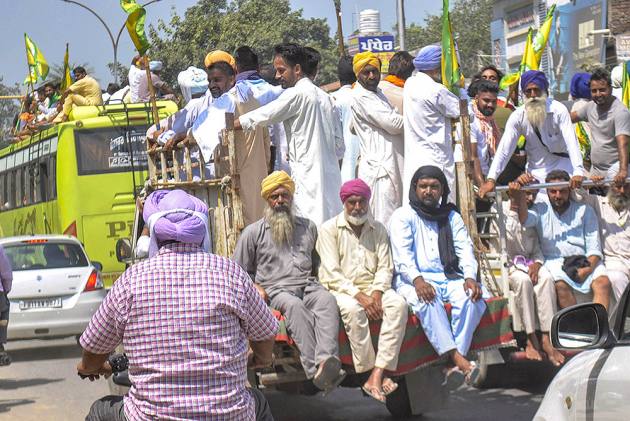 Farmer leaders have decided to intensify their agitation against the centre’s new farm laws with a call for Bharat Bandh on March 26, marking four months since the start of their sit-down strike on the roads to the national capital.

The calendar of protests for this month includes participation on the first day of a strike called by the bank employees on March 15 and March 16 against “privatization and corporatization”.

In the budget announced this year in February, the finance minister had stated that the government plans to privatize two public sector banks in the 2021-22 fiscal year. “Farmers will support the banks against government plans for pushing through with privatization and corporatization, which is akin to their plans for the agriculture sector,” said Hannan Mollah, general secretary, All India Kisan Sabha (AIKS) and former MP.

'Livelihood And Food Security Of Country At Stake'

As part of the campaign against government policies, the farmers are also planning to mobilize students and youth at the Delhi borders on March 23 to mark Martyrs Day.

The farmers will burn copies of the three farm laws on March 28 to mark the burning of the “evil” on the eve of Holi this year.

Meanwhile, many of the farmer leaders including Rakesh Tikait are continuing to draw large crowds at the mahapanchayats being held in villages across different states. So far, over 40 mahapanchayats have been held in states like Punjab, Haryana, Uttar Pradesh, Odisha, Karnataka, Rajasthan, Uttarakhand, West Bengal, etc. with around 20,000 - 40,000 and sometimes even more people participating.

Mollah insists that in most of the cases, farmer leaders from different parts of the country are being invited to address these mahapanchayats “which are being organized by the states”.

Though farmer leaders are hopeful of the campaigns influencing the political outcome in poll-bound states, they insist that their efforts and aim remain “non-partisan politics” with farmers’ interest as their main objective.

Farmers, particularly the youth, seem committed to continuing the protest and are prepared for a long haul. Decrying the government stance of not engaging in a constructive dialogue, farmer leaders state there is no going back on the demand for making MSP mandatory.

Dr Shamsher Singh of Bhoomi Bachao Sangharesh Samiti says the central government needs to sit down and discuss the concerns of the farmers instead of “micro-managing the situation and embroiling farmers in legal cases”.

“Just as in the developed nations, the government needs to ensure that farmers have assurance or estimate of what they are likely to earn from their crop before the sowing begins. This involves announcement of MSP at the onset of the sowing season,” states Singh.

Charging the government with striving for the polarization of farmers, the leaders spoke to stated that post the harvest season, which has already begun, farmers in larger numbers are expected to reach Delhi before the end of the budget session of parliament. Already many farmers have started arriving from states like Kerala, Uttarakhand, Maharashtra, etc.