Agriculture Minister Narendra Singh Tomar said farmer unions and the opposition have not been able to point out any lacuna in the three laws. 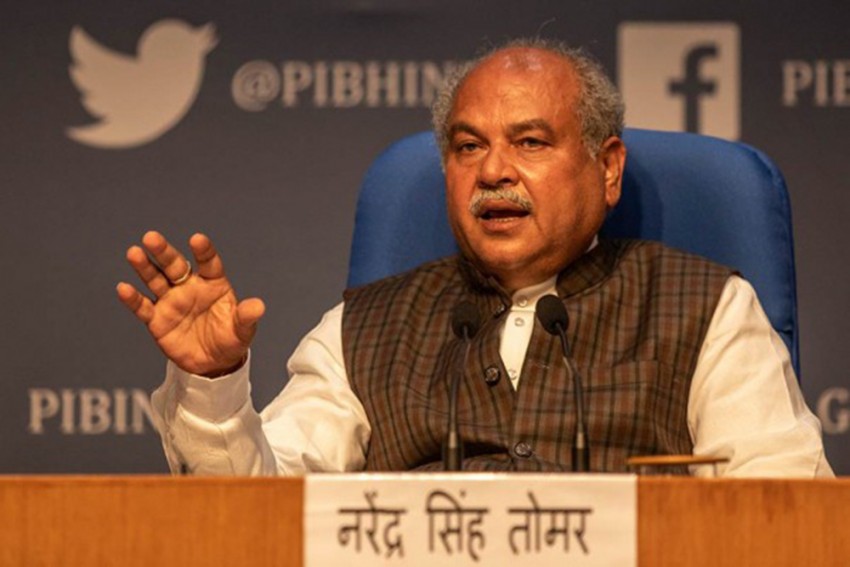 Union Minister Narendra Singh Tomar on Friday said that the farmers are being misled against the farm laws. On day 6 of the Budget Session in Rajya Sabha,  he asked opposition party members to clarify the specific issues. “I have spent 2 months asking Kisan Unions the problem in farm laws and I did not get any answer there, how are the laws negatively impacting the farmers no one has still told me,” Tomar said as his speech invoked strong reactions from the opposition.

"Farmer unions, opposition parties have failed to point out a single flaw in three new farm laws," he said.

He also assured that Prime Minister Narendra Modi and the BJP-led central government are committed to the welfare of the farmers in the country. "We are not standing on prestige. We have been asking what is black in this law and no one is forthcoming," he added.

He concluded his speech by asserting that the 3 farm bills are an “important step” in ensuring the welfare of farmers.

The laws give farmers alternatives to sell their produce outside 'mandis', and unlike the state government notified market places, such sale would not attract any tax.

"The agitation should have been against the tax levied (by the state government) on sale made in mandis but strangely the protests are against freeing of the system from such taxes," he said, intervening during the discussion on a motion thanking the President for his address to the joint sitting of Lok Sabha and Rajya Sabha at the start of the Budget Session.

"Government's offer to make amendments in the laws does not mean there are any shortcomings in them," the minister added