The borders remain open but pickets have been made active, the police said 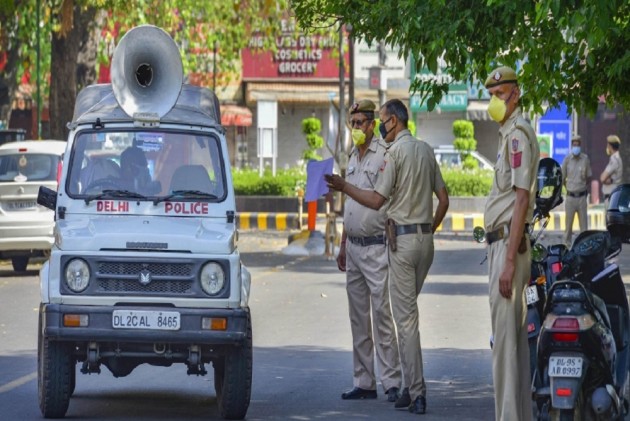 Delhi Police personnel have been deployed in large numbers in the border areas of the national capital on Thursday and all incoming vehicles were being checked in view of the ''Delhi Chalo'' march by Punjab farmers against the Centre's farm laws.

Five sand-laden trucks have been stationed at Singhu border to stop tractors being driven by the protesters. Also, drones have been deployed for security purposes, police said.

While clarifying that the borders have not been sealed, officials said all pickets have been made active, while all vehicles entering the national capital were being checked.

According to officials, it was decided that Delhi Metro trains connecting the neighbouring cities in the NCR would not cross the national capital border till 2 pm on Thursday.

As such, metro service was not available from Anand Vihar to Vaishali, New Ashok Nagar to Noida City Centre and between Sultanpur and Guru Dronacharya stations sections during the period.

"Due to Covid-19, guidelines have been issued in which political gathering is not permitted here and for this, their (the farmers') request was rejected. If they still make an attempt, we have deployed personnel at the borders to not let them enter the national capital. We are also in contact with Punjab and Haryana Police," he said.

Asked about commuters facing inconvenience, the Delhi Police chief said, "Since they (protesting farmers) have already blocked the national highway, there are going to be some problems, but we will try to sort it out as soon as possible... Instead of coming to the national capital, they (farmers) should go back and do not break any guideline."

Delhi Police on Wednesday said it had rejected requests from various farmer organisations to protest in the national capital on November 26 and 27. A day earlier, it had said that legal action would be taken against the protesting farmers if they come to the city for any gathering amid the Covid-19 pandemic.

Punjab farmers, representing over 30 farm bodies, have announced they will go to Delhi through several routes -- Lalru, Shambhu, Patiala-Pehowa, Patran-Khanauri, Moonak-Tohana, Ratia-Fatehabad and Talwandi-Sirsa. Tension was escalating at all the border points.

They assembled near the borders in tractor trolleys laden with rations and essentials for their proposed Delhi march. Haryana authorities have imposed prohibitory orders under Section 144 of the CrPC in several parts of the state to prevent assembly of protesters.

Farmer bodies said they will hold a dharna wherever they are stopped from moving towards the national capital.

Punjab farmers are demanding the repeal of the new farm laws, which, they said, should be replaced with another set of laws framed after wider consultation with stakeholders. They also want a guarantee on the minimum support prices.