Earlier, Anil Deshmukh said that the state intelligence agency shall conduct a probe into allegations that some celebrities were pressurised to tweet about the farmers' protest 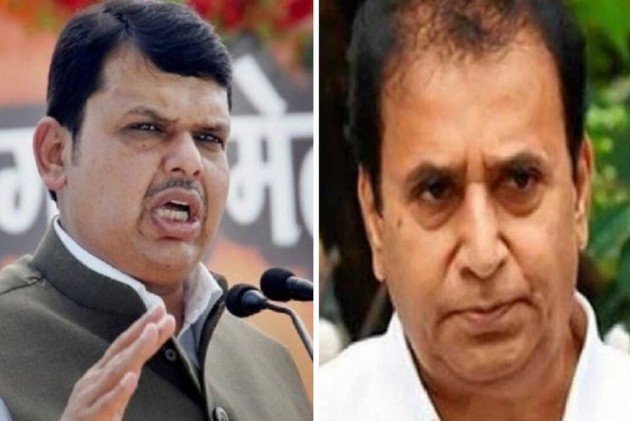 After the foreign personalities started talking about the farmers' protest, the Maharashtra government was trying to probe icons like Sachin Tendulkar and Lata Mangeshkar over their pro-India tweets, alleged BJP leader Devendra Fadnavis.

The state government has ordered a probe into tweets by the BJP's IT cell and not by cricketer Tendulkar and legendary singer Mangeshkar, said Maharashtra Home Minister Anil Deshmukh as he defended the state government and refuted the allegations in the state assembly.

On February 8, Deshmukh said the state intelligence department will conduct a probe into allegations that some celebrities were pressurised recently to issue tweets in connection with the ongoing farmers' protest.

Farmers’ Protests: Twitter May Face Penal Action For Not Complying With Centre’s Order

Farmers' Protest: Sachin Tendulkar Should Be Careful While Speaking About Other Issues, Cautions Sharad Pawar

Deshmukh had made the remarks on an online platform after Congress, a ruling coalition partner in Maharashtra, sought an investigation into the BJP's alleged connection with tweets of some celebrities and whether the saffron party "arm-twisted" them.

A number of prominent personalities, including Tendulkar and Mangeshkar, had rallied around the central government on social media using hashtags #IndiaTogether and #IndiaAgainstPropaganda.

This came after tweets by American pop star Rihanna and climate activist Greta Thunberg backing farmers who are protesting near Delhi's border points against three farm laws enacted by the Centre in September last year.

Fadnavis said in the Maharashtra Assembly on Tuesday that Tendulkar and Mangeshkar had tweeted that "India is against propaganda" and "India stands united".

"Is it wrong to say in this country that 'India stands united'? Someone gets up, complains to the home minister," the leader of opposition in the Assembly said and asked Deshmukh to think well before entertaining such complaints.

"I did not speak about probing Tendulkar or Mangeshkar. I had talked about probing the IT cell of a political party, which I am not naming," the minister said.

"It was probed. Names of 12 persons have come to the fore in this connection and further action is being taken against them," he added.

Deshmukh later said in the House that the IT cell concerned is of the BJP.

Countering him, Fadnavis said he will feel proud if he asks anyone to tweet for the country.

"Let's assume for a minute that I asked them to do so (issue tweets). What offence did I commit? What offence have I committed if I asked celebrities to side with the country if there is propaganda going on against it?" the BJP leader asked.