Hundreds of farmers have been protesting at border points in Delhi against Centre's farm laws since the last three months. 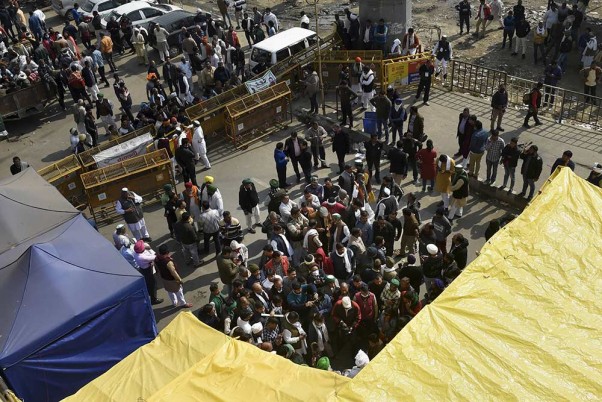 The Ministry of Home Affairs on Monday extended the suspension of internet services at the three protest sites-- Singhu, Ghazipur and Tikri borders till Tuesday night, officials said.

The internet services will also remain suspended in the adjoining areas of the three borders.

Hundreds of farmers have been protesting at border points in Delhi against Centre's farm laws since the last three months.

Internet services were also temporary suspended in some parts of Delhi on January 26, when large scale violence was reported during the farmers' tractor rally