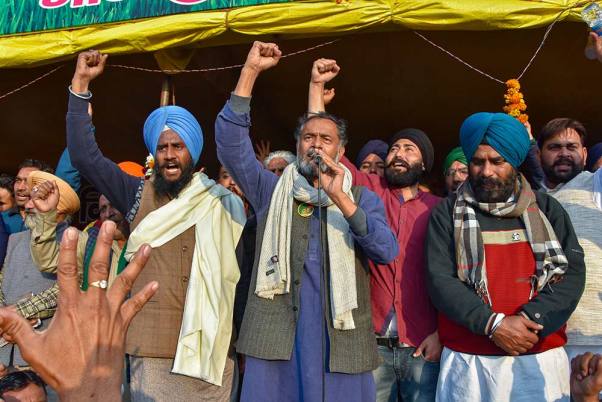 In a recent development, the Bharatiya Kisan Union (Lok Shakti) on Friday re-launched its stir just a day after it had announced to withdraw from the farmers' protest in Noida. The move comes after its members morale boost after witnessing incidents at the Ghazipur border, where hundreds of farmers' are participating in sit-in protests.

BKU (Lok Shakti) chief Thakur Sheoraj Singh Bhati called on the union's supporters to head to the Ghazipur border, where other BKU members are staying put. Before reaching the spot, the BKU union supporters were camping at the Dalit Prerna Sthal in Noida

In a video message, Singh also appealed to BKU (Lok Shakti) supporters in western Uttar Pradesh to reach the farmers' mahapanchayat that was convened in Muzaffarnagar.

“Yesterday, an MLA of Ghaziabad had reached Ghazipur protest site along with his armed supporters. This act has distressed the soul of (BKU leader) Rakesh Tikait. An announcement was made regarding his arrest and ending of the protest there, but the MLA vitiated the atmosphere there and Tikait broke down,” Bhati said.

Bhati said his faction will stand shoulder to shoulder with Tikait's BKU in the fight against the new contentious farm laws.

BKU (Lok Shakti) had been camping at the Dalit Prerna Sthal in Noida since December 2, demanding the rollback of the three new farm laws, legalization of the minimum support price for crops and implementation of recommendations of the Swaminathan Committee report.

Bhati, the faction's national president, had Thursday announced ending the protest in view of the violence during farmers' tractor parade in Delhi on Republic Day.

He and some other of his union members later Thursday also met with Union Agriculture Minister Narendra Singh Tomar.

On the union chief's call, office bearers of BKU (Lok Shakti) attended the mahapanchayat in Muzaffarnagar, while scores of supporters reached Ghazipur border to join the stir there on Friday evening.