While talking to a few reporters in Gwalior, Union Agriculture Minister Narendra Singh Tomar accused opposition parties of playing politics over the issue. 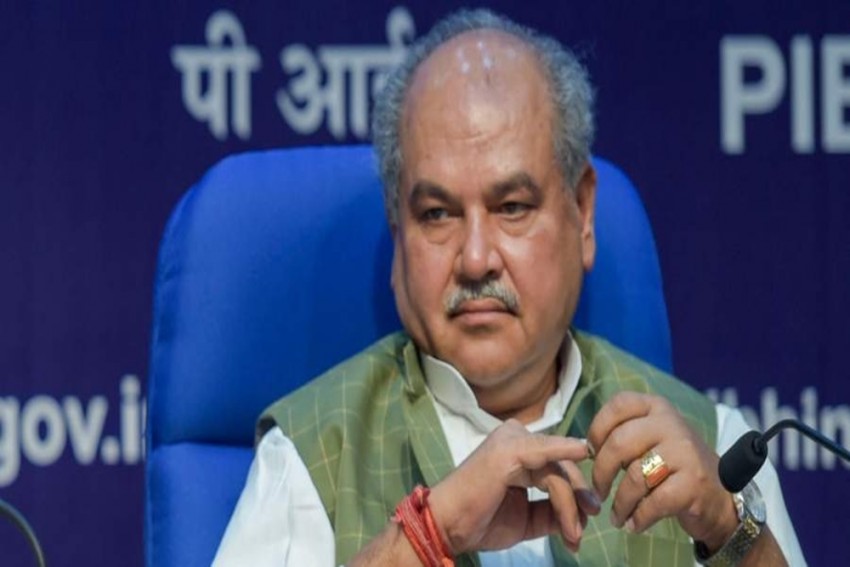 Hoping to break the deadlock over the issue soon, Union Agriculture Minister Narendra Singh Tomar said that the ongoing protests against the three contentious agriculture laws are only limited to a certain area.

While speaking to some reporters in Madhya Pradesh's Gwalior city, Tomar also accused the opposition party Congress of playing politics over the issue of farmers' protests.

"The farmers' agitation is limited to a certain area. The government is ready for talks with the protesting farmers, and I hope we will be able to break the deadlock very soon", said Tomar.

Centre Has Already Made Its Best Offer, Hope Protesting Farmers Will Accept It: Narendra Singh Tomar

Asked about the Congress's demand for a repeal of three new farm laws and other allegations of the opposition, he said the Congress has no right to speak on farmers' issues.

"Why the Congress did not do anything for farmers when it was in power? The Congress's manifesto for the 2019 Lok Sabha elections had also promised similar reforms, but it (party) has now taken a turnaround," he said.

Congress will not be successful in doing politics in the name of farmers, Tomar asserted.

Thousands of farmers, mainly from Haryana, Punjab and western Uttar Pradesh, have been protesting at Delhi's border points, demanding a rollback of three new farm laws.

The Centre in September last year enacted the Farmers' Produce Trade and Commerce (Promotion and Facilitation) Act, 2020, the Farmers (Empowerment and Protection) Agreement on Price Assurance and Farm Services Act, 2020 and the Essential Commodities (Amendment) Act, 2020.

Tomar reached his hometown Gwalior on Sunday morning to take part in a meeting on Gwalior's 'vision document', pertaining to the city's development.