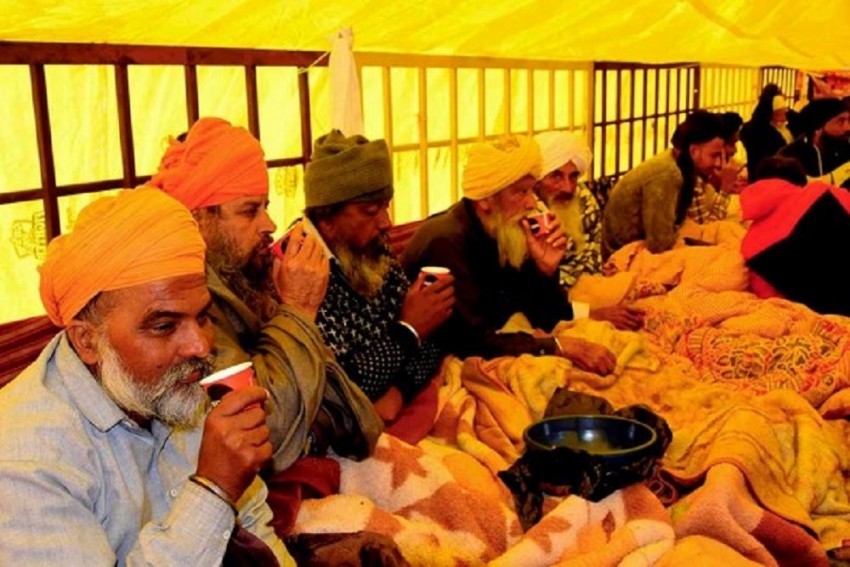 Farmers drink tea on a cold morning during their protest against the new farm laws, at Ghazipur border
PTI
PTI 2020-12-20T17:36:46+05:30 Farmers' Stir: Protesters At Ghazipur Border Set Up 'Wall Of Goodness' For Clothes, Medicines 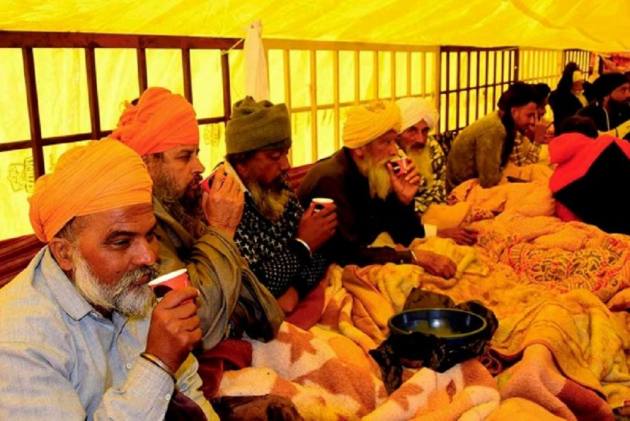 It was a normal roadside wall of brick and mortar till a day ago, but now it is called the "Neki ki divar" (wall of goodness).

From clothes to toiletries to medicines, the protesters who are continuing their sit-in at Delhi-Ghazipur border against the Centre's new agri laws can get these things by writing their needs on this wall.

"We have set up a 'neki ki divar' today. The idea is to ensure all our farmer brothers and sisters are well equipped to be a part of the protest and keep themselves warm in Delhi's harsh weather," Survinder Kisan, one of the protesters at Ghazipur border, said.

Two kiosks have been attached to the roadside wall at the protest site.

"At one place people can leave what they want to donate and the other side is for protesters who can collect things as per their needs from the existing stock," he said.

"If what they need is not available, they can write it on the wall and it will be provided to them," Survinder Kisan, one of the protesters at the Ghazipur border said.

Space has been left on the wall and chalks have been kept, so that people can leave messages about their needs, he said, adding a register will also be maintained.

The protesting farmers also observed ''Shradhanjali Diwas'' on Sunday to pay homage to those who had "died during the ongoing agitation".

"We are paying homage to the farmers who lost their lives during agitation. It will be a pity if we let go of their sacrifices without getting our demands met," said Ratan Jhadola, another protester.

The Gazipur Border (Delhi-UP border) was closed on Thursday due to the farmers' protest.

Thousands of farmers, especially from Punjab and Haryana, have been camping at various borders of the national capital for almost four weeks now as formal talks between the government and representatives of farmers' unions remained deadlocked with protesting peasants refusing to accept anything less than a repeal of the three newly enacted laws.

The Supreme Court on Thursday acknowledged the right of farmers to non-violent protests and mooted the idea of putting on hold the contentious farm laws to enable negotiations with agitating farmers which was opposed by the Centre saying agriculturists would then not come forward for the talks.

Noida Airport Likely To Be Operational From December 2023