These include highway blockades and protest marches, including one towards Parliament, which will be held in April and May. 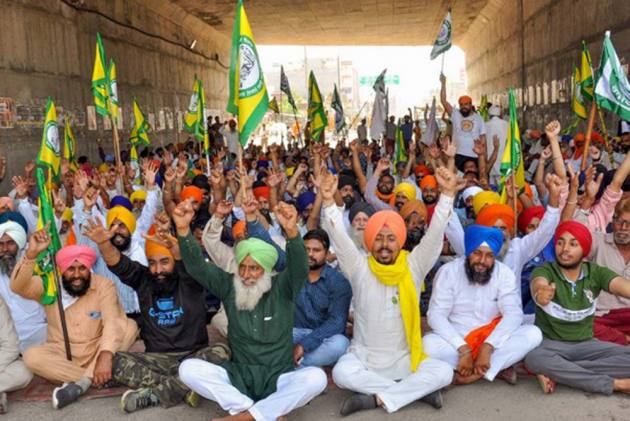 The umbrella organisation spearheading peasants’ movement against the Centre’s contentious farm laws has prepared a list of protests for the summer days ahead.

These include highway blockades and protest marches, including one towards Parliament, which will be held in April and May.

The protestors plan to block the Kundli-Manesar-Palwal (KMP) expressway for 24 hours beginning 11 am on April 10.

The Samyukt Kisan Morcha (SKM) is also planning a march to the Parliament House. However, some leaders pointed to the issues regarding law and order in the national capital.

“We do not want a repeat of January 26 incidents. We will march on foot, not tractors. The issue of law and order is paramount. Any untoward incident can weaken our struggle,” said a union leader.

Thus, the date of the proposed Parliament march will be declared later after careful considerations and deliberations, he added.

The march – to be joined by women, youth and other supporters – is likely be held sometime in May, said Gurnaam Singh Chaduni.

Trade unions are also expected to join the march.

On May 6, protestors will offer tributes to farmers who lost their lives in the ongoing agitation.

There is also an effort at organising a bigger congregation at Delhi’s borders.

“It’s not only about sit-in protests at Delhi’s borders. We are following a certain schedule. We reached out to the people in various parts of the country through mahapanchayats. We registered our protests through highway blockades. The protests are not over,” said All India Kisan Sabha general secretary Hannan Mollah.

The Centre and farmers have been at loggerheads over the three laws enacted in September. While the government says it is in the interest of farmers, the latter claim it will give all power to corporates.

Saying that the laws will pave the way for doing away with minimum support price (MSP) and the mandi system, farmer leaders have demanded a total rollback.

Samyukta Kisan Manch leaders have addressed several mahapanchayats in Uttar Pradesh, Punjab, and Haryana. They have also participated in protests and rallies in Karnataka and poll-bound West Bengal, apart from other states.