Give Up Stubborn Stand: Narendra Tomar To Farmers Ahead Of 10th Round Of Talks

Other than the demand of a full repeal of the laws, the government is ready to consider 'seriously and with an open heart' other alternatives, Tomar added. 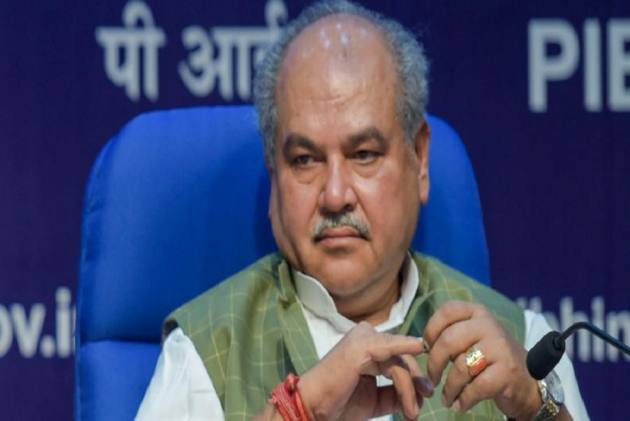 Agriculture Minister Narendra Singh Tomar on Sunday urged farmer leaders to soften their stance on the new farm laws and come with an open mind for clause-by-clause discussion for the tenth round of talks scheduled on January 19.

"Now that the Supreme Court has stayed the implementation of these laws, then there is no question of being stubborn," Tomar told reporters before leaving for his home constituency of Morena in Madhya Pradesh.

Other than the demand of a full repeal of the laws, the government is ready to consider "seriously and with an open heart" other alternatives, he said.

Tomar, who left for his constituency by Hazur Sahib Nanded-Amritsar Superfast Express, was seen sharing langar from co-passengers of Sikh community -- a gesture which comes amid the ongoing protests by farmers from Punjab against the agri laws.

The Supreme Court on January 11 had stayed the implementation of the new farm laws, which had led to protests by thousands of farmers across Delhi borders since November.  It constituted a four-member committee, which is expected to resolve the impasse between the centre and farmer leaders as talks between the two have failed to yield results after nine rounds of negotiations.

Tomar said the government offered certain concessions, but the farmer leaders have not shown flexibility and were constantly demanding a repeal of the laws.

He reiterated that the government makes laws for the entire country. Many farmers, experts and other stakeholders have supported the laws.

So far, the nine rounds of formal talks between the Centre and 41 farmer unions have failed to yield any concrete results to end the long-running protest at Delhi's borders as the latter have stuck to their main demand of a complete repeal of the three Acts.

In the last meeting, the Centre had suggested that the unions constitute their own informal group to prepare a concrete proposal on the three farm laws for further discussion at their next meeting on January 19 to end the long-running protest at various Delhi borders.