Farmers camping at Singhu, Tikri and Ghazipur border points have led to the closure of several routes in Delhi 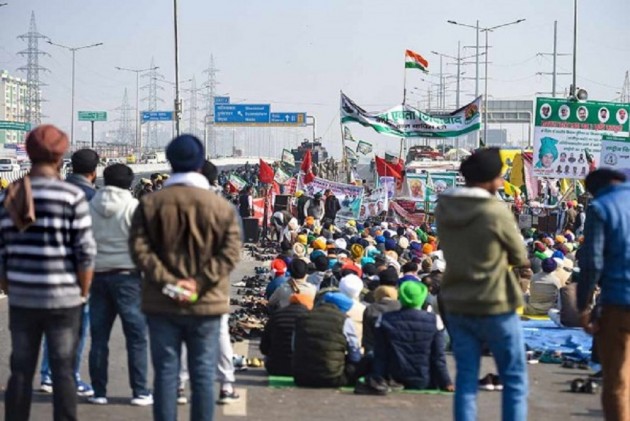 The agitation against the Centre's new farm laws enters Week 4 with thousands of farmers camping at border points of Delhi adamant on their demands, and the Supreme Court saying it will form a committee to resolve the deadlock.

On Wednesday, the top court observed that the Centre's talks with the protesting farmers have "not worked apparently" and were bound to fail, and said it will form a committee having representatives of both the sides, but the agitating leaders dismissed it as no solution.

There was a disruption of traffic movement on key routes in the national capital on Thursday, the 22nd day of the farmers' protest to demand the repeal of the three new agri marketing laws.

Farmers camping at Singhu, Tikri and Ghazipur border points have led to the closure of several routes in Delhi.

According to the city police, Singhu, Auchandi, Piau Maniyari, Sabholi and Mangesh borders are closed. Commuters have been advised to take alternate routes via Lampur, Safiabad and Singhu school toll tax borders, while traffic has been diverted from Mukarba and GTK road, they said.

The Outer Ring Road, GTK road and NH-44 should be avoided, the police said.

Enacted in September, the three farm laws have been projected by the government as major reforms in the agriculture sector that will remove the middlemen and allow farmers to sell anywhere in the country.

However, protesting farmers have expressed apprehension that the new laws would pave the way for eliminating the safety cushion of Minimum Support Price and do away with the mandis, leaving them at the mercy of big corporates.