Farmer leaders of the SKM have sought clarity on pending demands regarding the guarantee of MSP, withdrawal of cases and compensation for kin of farmers who lost lives in the agitation. 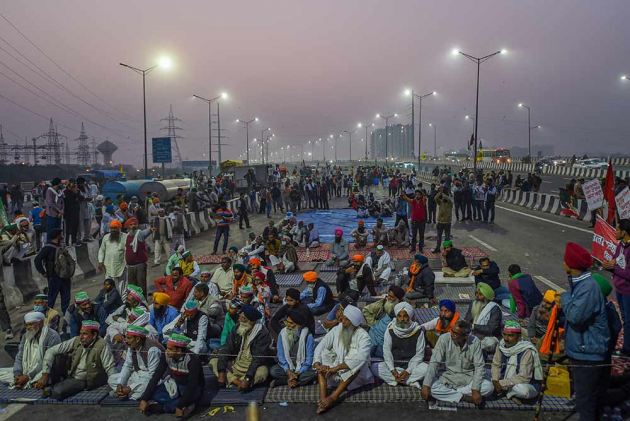 Farmers and farm leaders are set to meet on Wednesday on Delhi's borders to discuss the future course of the farmers' protest.  Days after Prime Minister Narendra Modi announced the repeal of the three contentious farm laws and a bill regarding the same was also passed in Parliament, protesting farmers are yet to call off their agitations.

The protesting farmers and farm leaders also want to iron out details about other matters such as the 'precondition' set for the withdrawal of "fake" cases against farmers.

Members of the Samyukta Kisan Morcha (SKM), met on Tuesday and are set to meet again at 2 pm today at Singhu border to decide the future course of action.

After receiving the government's proposal on Tuesday, farmer leaders have sent suggestions to the government with some hoping for further discussions and clarifications on the matter.

Consensus or no consensus?

Not all farmers have agreed on a consensus regarding the centre's proposal yet. Kulwant Singh Sandhu, a prominent farmer leader, has claimed that a consensus has been arrived at and "nearly all demands" have been met.

However, the SKM said there was no consensus yet on ending the protest, which was triggered last year after the government enacted three farm laws. In a statement on Tuesday, SKM, an umbrella body of over 40 farm unions, said that it had " received a written draft proposal from the government of India" which was "constructively discussed by the farm leaders" on Tuesday's meeting. Wednesday's meeting is intended to thrash out further details and clarify certain points in the proposal.

"The SKM hopes for a positive response from the government," the body said.

The issue of MSP

Farmer leaders have also raised objections about the clauses pertaining to the guarantee of Minimum Support Price (MSP) for farmers. The government has promised a panel to look into the demand for MSP. However, SKM leaders like Balbir Singh Rajewal have expressed disapproval with the decision to include farmer organisations outside the SKM as well as state representatives and government officials to be part of the panel.

"We do not want other committees who have been against our demands since the start to be part of the panel on MSP," Rajewal said.

SKM leaders have also demanded the removal of the government's condition that farmers should end the protests for the removal of fake cases. According to farmers, many such cases were filed by the police against farmers in connection to the January 26 violence.

What are the pending demands of farmers?

Some of the demands made by farmers that are yet to be fulfilled or clarified include a legal guarantee of MSP for crops, withdrawal of cases against farmer protesters and compensation for kin of farmers who lost their lives in the course of the protests. The leaders said that they want the demands met along with a letter from the Ministry of Home Affairs signed by the union home minister.

A five-member panel of the SKM has farmer leaders Balbir Singh Rajewal, Ashok Dhawle, Shiv Kumar Kakka, Gurnam Singh Chaduni and Yudhvir Singh communicated the demands on Saturday and will now be deliberating the government's response.

Will farmers protests be called off now?

Some farmer leaders like Kulwant Singh Sandhu, who is the general secretary of Punjab's Jamuhari Kisan Sabha, have said that the formal decision to end the protests will be announced on December 8. He said that the consensus had been reached after the government met nearly all of its demands.

Another farmer leader and SKM member was quoted by PTI as saying that the agitation was likely to be called off today following positive responses from the government.