The umbrella of participating unions has now decided on a new set of protests over the Centre’s three contentious farm laws. 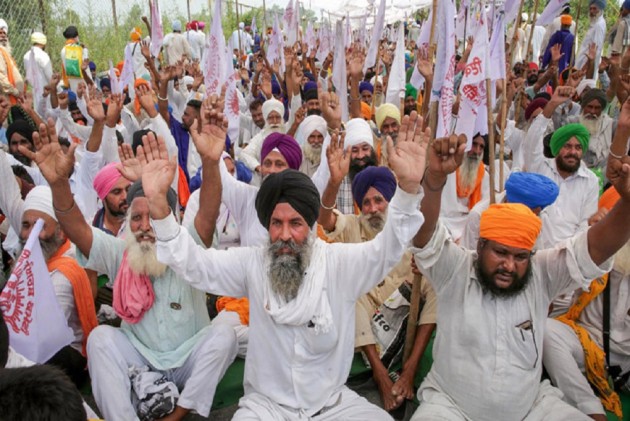 A series of mock sessions of Parliament by farmers held amidst tight security in central Delhi is likely to end on Monday, August 9. The umbrella of participating unions has now decided on a new set of protests over the Centre’s three contentious farm laws.

The protestors will hold demonstrations today, August 9, with slogans against corporates and the Centre. Their cry will be “Corporates Kheti Choro” (corporates quit agriculture) which, claim some farm leaders, will be “on the lines of Quit India movement of 1942”.

Then on Tuesday, the festival of Teej will be celebrated at every protest site – including Delhi borders and several tollgates on highways. A “Kisan Mazdoor Azadi Diwas” has also been scheduled for August 15.

As part of a build-up, a tractor rally was held by the protestors at Delhi’s Singhu border Sunday afternoon on August 8. It travelled about 80 km within Haryana and ended at a point close to the protest site, just before the territorial boundary of the national capital.

The “Farmers’ Parliament” that began at Jantar Mantar on July 22 was attended each day by a group of 200 protesting peasants. The “sittings” witnessed an all-women session and addresses by writers and experts. It also honoured the families of farmers who died during protests.

Another all-women session will be held today – the day up to which authorities have granted permission for holding the event. Some farmer leaders, however, want to seek an extension.

According to farmer leader Abhimanyu Kohar, tillers from 22 states have participated in the mock Parliament. Kohar is a member of the Samyukta Kisan Morcha’s (SKM) national committee.

The SKM is an umbrella organisation of various farmer unions protesting the laws, many of which in turn comprise several smaller organisations.

“The (Union) government does not allow any discussion in Parliament. But our farmers have shown in their own Parliament (at Jantar Mantar) how to run the House properly,” said Inderjit Singh, addressing the media recently.

Singh is a leader of the Left-affiliated All India Kisan Sabha (AIKS) from Haryana, which is part of SKM.

“Farmers’ representatives at Jantar Mantar have placed 60 amendments to the farm laws,” he added.

The Centre has repeatedly asserted that the three agriculture laws would bring revolutionary changes in the lives of farmers. It has also been made clear that further negotiations will be held only if the farmer unions drop their demand for a repeal of these laws.

Thousands of farmers have been camping at Delhi's borders since November 2020, demanding a total rollback of the laws.