Protesting farmers from Uttar Pradesh have blocked NH-9 near the UP Gate while those from Punjab and Haryana are staying put at other border points leading to Delhi. 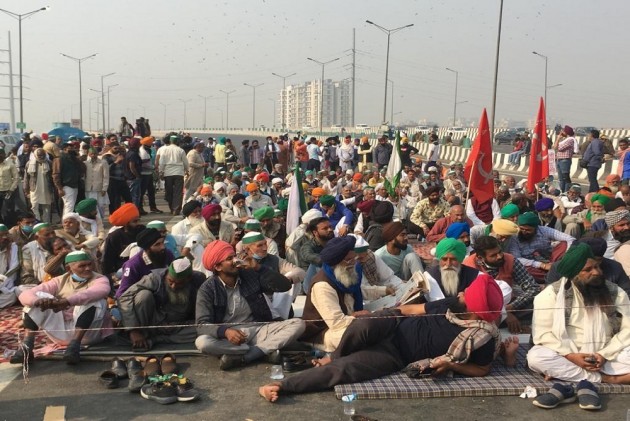 With the protesting farmers sticking to their demand for the repeal of the Centre's new farm laws, thousands remained at the national capital's border points on Friday amid heavy police deployment.

Representative groups of agitating farmers will meet later in the day to discuss the future course of action after talks between them and three Union ministers failed to yield any resolution on Thursday.

Protesting farmers from Uttar Pradesh have blocked National Highway-9 near the UP Gate while those from Punjab and Haryana are staying put at other border points leading to Delhi.

Another round of discussions between the farmer unions and Centre is slated for Saturday.

The Delhi Traffic Police took to Twitter to inform commuters about the closure of Singhu, Lampur, Auchandi, Safiabad, Piao Maniyari, and Saboli borders. They also said that National Highway-44 was closed on both sides.

However, if anyone needs to commute towards Harayana, they can go via Dhansa, Daurala, Kapashera, Rajokri National Highway-8, Bijwasan/Bajghera, Palam Vihar and Dundahera Borders, the police said.

"The Chilla border on Noida link road is closed for traffic from Noida to Delhi due to farmers protests near Gautam Budh Dwar. People are advised to avoid Noida link road for coming to Delhi and use DND," they said in a tweet.

Since the Ghazipur border on National Highway-24 is closed for traffic due to the protests, the police advised commuters coming from Ghaziabad to Delhi to use the Apsara or Bhopra borders or the Delhi-Noida Direct (DND) expressway.

The protesters had on Wednesday threatened to block other roads of Delhi in the coming days if the new agriculture laws were not scrapped soon.