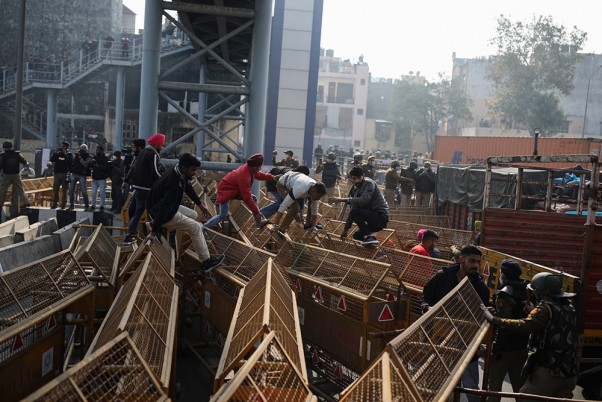 Connaught Place, situated in the heart of Delhi will remain shut on Tuesday after the farmers' ongoing tractor parade turned violent at various places in the national capital, the New Delhi Traders Association informed.

Delhi Police has advised shop owners at the commercial hub to down their shutters in view of the agitation, said Atul Bhargava, President of New Delhi Traders Association. The outlets which were already opened, were advised to close down amid the intensifying protests.

"The tractor parade has gone haywire. The farmers have already reached ITO. I spoke to Police Commissioner and it was advised the markets remain closed. We have asked the outlets, which would have opened by now, to close down," he told PTI.

On Republic Day every year, Connaught Place opens around 1 PM.

"It is a day of peak sales for traders but safety of everyone is important so it is better to remain closed today," he said.

Protesting farmers clashed with police at several places in the national capital and entered the iconic Red Fort and ITO in the heart of national capital, with hundreds of them deviating from pre-decided routes, prompting security personnel to resort to lathicharge and tear gas.

Chaotic scenes were witnessed at ITO, where hundreds of protesters could be seen chasing police personnel with sticks and ramming their tractors into the buses parked by police.