Farmers Yet To End Protest, Next Decision On Nov 27: BKU Leader Rakesh Tikait

According to the Bharatiya Kisan Union (BKU) national spokesperson, the protestors would also question the Centre on its claims of doubling farmers' income. 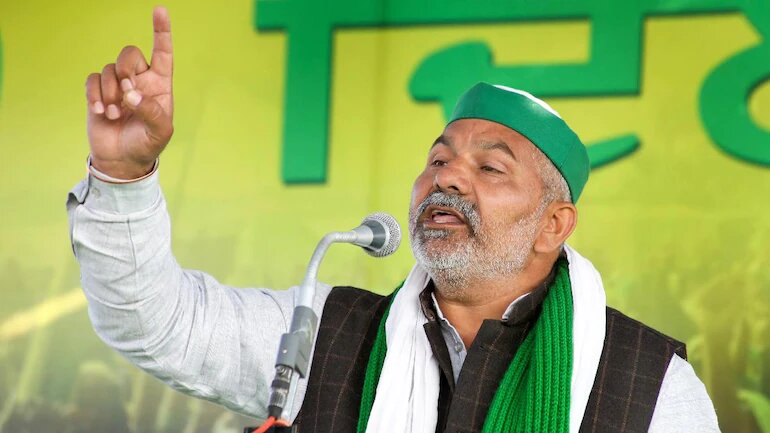 BKU leader Rakesh Tikait said on Wednesday said that the ongoing  protest against anti-farm laws would continue and its future course of action would be decided on November 27.

According to the Bharatiya Kisan Union (BKU) national spokesperson, the protestors would also question the Centre on its claims of doubling farmers' income.

"This protest will not end yet. We have a meeting on November 27 after which we will take further decisions. (Prime Minister Narendra) Modi ji has said farmers' income would be doubled from January 1, so will ask him how it would be done. Farmers' victory will be ensured when they get the right price for their crops," Tikait tweeted in Hindi.

Hundreds of farmers have been encamped at Delhi's borders since November 26, 2020 with a demand that the Farmers' Produce Trade and Commerce (Promotion and Facilitation) Act, 2020, Farmers' (Empowerment and Protection) Agreement on Price Assurance and Farm Services Act, 2020 and the Essential Commodities (Amendment) Act, 2020 be rolled back and a new law made to guarantee Minimum Support Price (MSP) for crops.

Modi had last week announced his government's decision to withdraw the contentious laws.