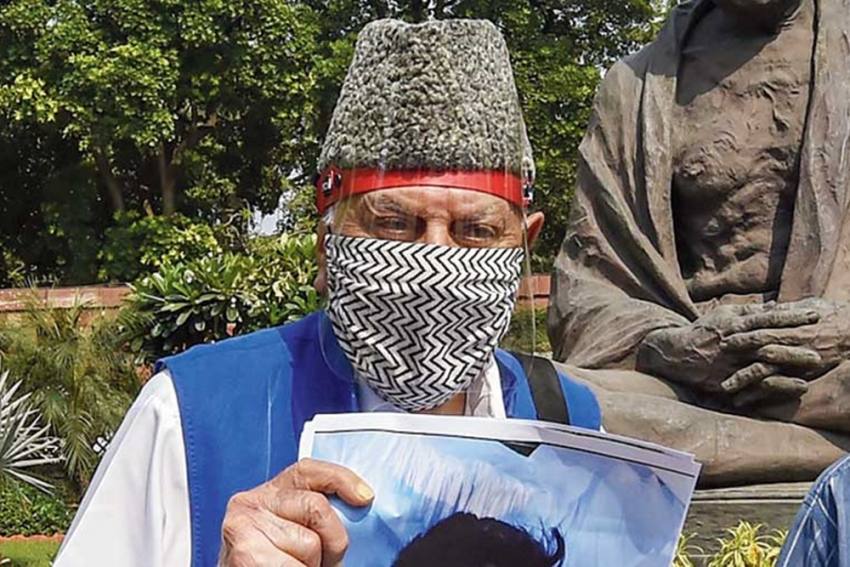 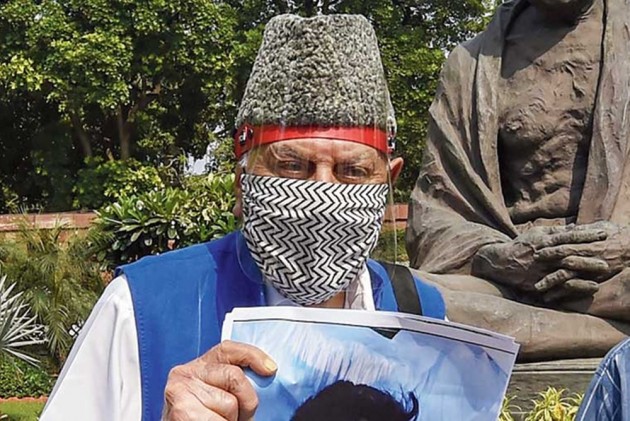 National Conference (NC) president and MP from summer capital Srinagar, Dr Farooq Abdullah, Sunday lodged a protest in the premises of the Parliament house. He stood in front of Gandhi statue along with his party MP Hasnain Masoodi against “fake encounters and custodial killings in Kashmir.”

Both the members held placards depicting the pictures of the men who were killed in the “Shopian fake encounter and of a youth killed in Sopore fake encounter”, the NC statement said.

The protesting MPs demanded filling of cases into the incidents as per the law of the land.

“The party has expressed outrage against the fake encounter and custodial killings in Kashmir and raised the issue inside and outside the parliament.  The party has unequivocally asserted that such incidents would not help the situation to improve and bridge the widening gap of mistrust between the government and the people,” NC spokesman said.

The party MPs also moved the Lok Sabha urging the defence ministry to update the house on the status of the inquiry into the Shopian fake encounter.

On July 18, the army claimed that it killed three unidentified foreign militants in Amshipora village. Days after the incident, pictures of the killed persons claimed as militants by the army went viral on social media after which three families from Rajouri identified them as their children, forcing army and police to launch an investigation. The families say the three youths were killed in a state-managed encounter. The Army has ordered an inquiry into the incident.

The next day police said on September 16 that they found Irfan’s body after he escaped from police custody. The youth’s family and political parties have described the incident as a “cold-blooded murder” by the police.

The police have ordered an inquiry into the incident and have appointed district magistrate of Baramulla as the inquiry officer. At the same time, the CCTV footage has gone viral in the Valley in which the policemen are seen entering the shop of the two brothers in Sopore.