FAU-G begins with a fictionalised narrative of the Galwan Valley clash and glorifies the Indian soldiers who lost their lives during the clash in June last year. 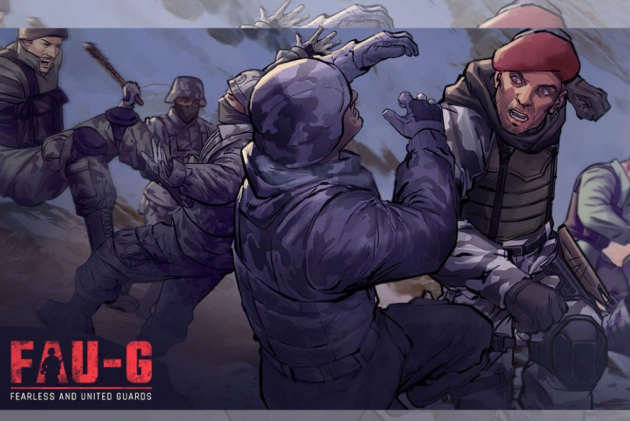 The game begins with a fictionalised narrative of the Galwan Valley clash and glorifies the Indian soldiers who lost their lives during the clash in June last year.

At the moment, only a “campaign mode” of the game titled “Tales From The Galwan Valley” is available while other modes such as “Team Deathmatch” and “Free For All” are yet to be launched.

How Does The Game Fare?

At the moment, users don’t have the option to choose from different avatars or faujis (soldiers). Having said that, the game opens up in a landscape that’s meant to represent the Galwan Valley. The first few stages of the game are set in night mode amidst heavy snowfall. Unlike, its popular rival PUBG, FAU-G begins with a slow start and during the initial stages of the game, gamers have to rely on hand-to-hand combat as there are not many weapons, ammunition and tools a soldier can salvage as soon as he enters the battlefield.

Gamers have to indulge in fist fights with the enemy with one option available to block punches from the enemy.

While, there’s a marker that helps gamers to reach their goal post, there’s no warning system that notifies gamers when enemy soldier approach you.

In the first few levels of the game only a spiked club is available, which gamers can use to fight the enemy with. Gamers can also take war booty from the enemy, once they defeat them

However, there’s not much distinction in uniform between what the Indian faujis wear and what the enemy wears.

Also, the music that’s played during combat gives it a very Indian touch but also makes it feel like watching a Hindi soap. Constant narration throughout the game also gives it a TV serial feel.

And since the game is not live, with computer-generated adversaries, its not as exciting as PUBG.

Overall, the game delivers when it comes to Indian representation but at the moment, it is not exciting as it lacks different modes.

The game is only available on Google Play Store, at the moment. It works on all Android devices that run on Android 8.0 and higher versions