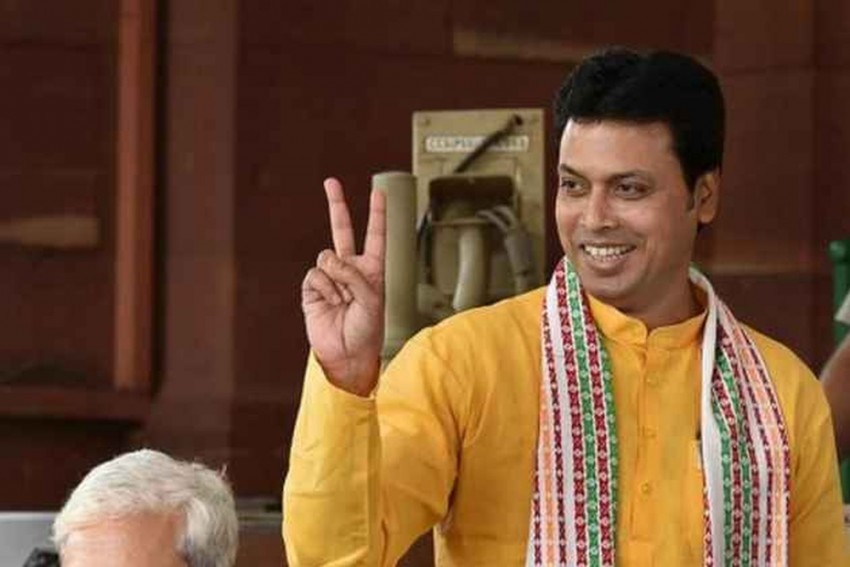 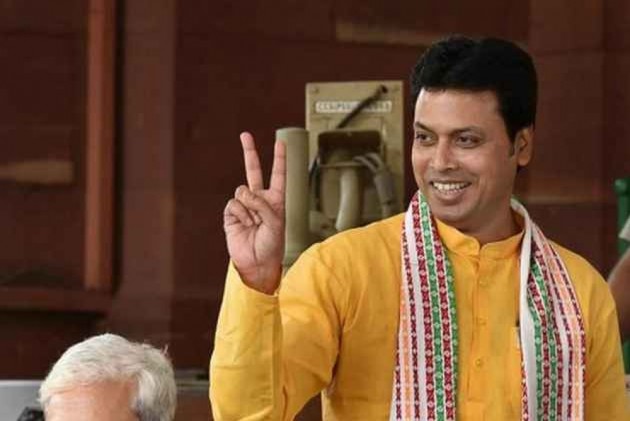 A social media user on Friday was booked for allegedly spreading fake information about a "divorce suit" filed against Tripura Chief Minister Biplab Kumar Deb by his wife Niti Deb.

He said police are looking for Paul and further probe is on.

"The accused has not been arrested yet as he might be outside the state. Police have conducted a search at Paul's home here. Paul has been accused of posting such fake messages on the social media previously." the DIG said.

Following the postings on various social media platforms, the Chief Minister's wife Niti Deb, who is now in Delhi in connection with her medical treatment, told a local television channel over the phone, "it was fake news. This is a dirty rumour spread to gain political mileage".

Biplab Deb, who is now in West Bengal for Lok Sabha election campaign, in a statement said that "such social media propaganda is a deep-rooted conspiracy with "malafide intention".

BJP spokesman Ashok Sinha addressed a press conference and vehemently condemned the "fake social media campaign" and demanded strict action against the perpetrators for spreading the rumour of a "divorce suit filed against Deb by his wife in a Delhi court".