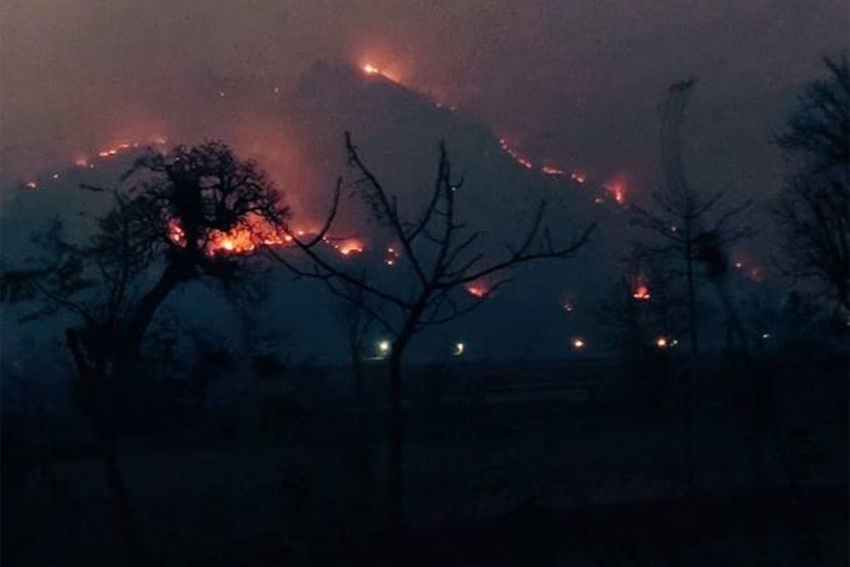 The Odisha government has once again stated that no life was lost in the forest blaze in Simlipal, which had been brought under control after raging for more than a week.

Dr Sandeep Tripathy, the chief of the taskforce on a forest fire, said "prompt action" was taken by the field staffers to control the inferno, and several "fire points" were brought under control, with no damage caused to wildlife or humans.

"The state government has decided to engage more manpower and equipment to tackle the fire. As many as 600 squads are already working hard to contain the blaze. Hundred more squads will join them soon. Each squad contains 10 people and a vehicle.

All out efforts are being made to douse the forest fire in #Noto RF,#Simlipal RF, Bangriposi Range, Baripada Range of #SimlipalTigerReserve. Forest fire points are being attended on hourly basis. Appeal everyone to trust us in our endeavour. pic.twitter.com/xrEpYQYL0z

"Apart from the blowers that are already in use, 700 more are being procured to extinguish the fire. The government has decided to give incentives to residents of fringe villages if they join the firefighting operation and prevent its proliferation," Tripathy said.

Though the large animals and birds may have fled to safety from the fire, there is a fear that many small animals and reptiles could have been killed in the inferno.

Another concern, environmentalists had was how the animals fleeing the fire could become vulnerable outside the forest.

Two teams of the Odisha Disaster Rapid Action Force (ODRAF) have also been pressed into service to contain the fire at Similipal National Park, which is one of the major biospheres of Asia, he said.

Earlier in the day, Chief Secretary S C Mohapatra reviewed the situation during a meeting with district collectors, divisional forest officers, senior police officers, and asked them to take necessary measures to stop the fire from spreading further.

He also asked the officials to intensify night patrolling around the affected zones, and avert crisis situations, if any, at the "quickest possible time", a government release here said.

Local DFO has been asked to dissuade people from burning agricultural wastes in the open.

State revenue and disaster management minister Sudam Marandi, who hails from the Mayurbhanj district, said all efforts were being made to douse the flames.

Meanwhile, forest officials in the district have apprehended a few traditional hunters in a charge of setting fire to the national park for poaching animals.

Bhanja Sena, a local outfit, has called for a seven-hour bandh in Mayurbhanj on Wednesday in protest against the government's alleged failure to take timely action to contain the fire. The district unit of the CPI has supported the strike.