JNU students have been protesting for nearly three weeks against the draft hostel manual. 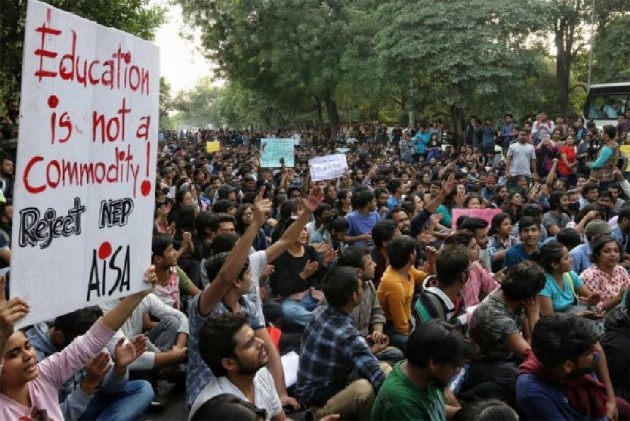 Bihar-based Anand Kumar, founder of the famed Super 30 facility there which prepares underprivileged children to crack the IIT entrance exams, on Tuesday said the JNU fee hike protest should be resolved amicably.

Jawaharlal Nehru University students have been protesting for nearly three weeks against the draft hostel manual, which has provisions for the hostel fee hike, dress code and curfew timings.

Movie Review: Super 30 Can Be Watched For Both Anand Kumar And Hrithik Roshan

The Union HRD Ministry had, on Monday, appointed a three-member committee to recommend ways to restore normal functioning of the varsity.

"I feel (hiked) fees should be applicable to those who are capable of paying them. The rich and those who have no dearth of money should pay the (hiked) fees. Consideration should be made for those who are talented but needy," Kumar said when queried on the JNU situation.

He said scholarships and other forms of assistance should be given to such poor but meritorious students.

"The authorities, students should sit together and reach a solution. The government must rethink the hike in fees so that the needy are not deprived," he added.

Also Read: Universities Like JNU Have Been Forced To Move Apart From The Nation

On a question on the need for bonds for IIT students, some of who leave the country for better prospects, similar to ones signed by those in medical colleges, Kumar agreed some system was needed to curb the brain drain.

"I feel there should be some system in place under which the student stays back in the country and works here. Otherwise, the student, after spending some time abroad, must return and get to work in institutions in India," he said.

Kumar was bestowed the 'Nachiketa Award' here at the International Principals Educational Conference 2019'.

RSS chief Mohan Bhagwat was the chief guest at the function.