If feral dogs’ population grows, it could threaten the region’s endangered species and domestic livestock which form part of the animals’ diet. 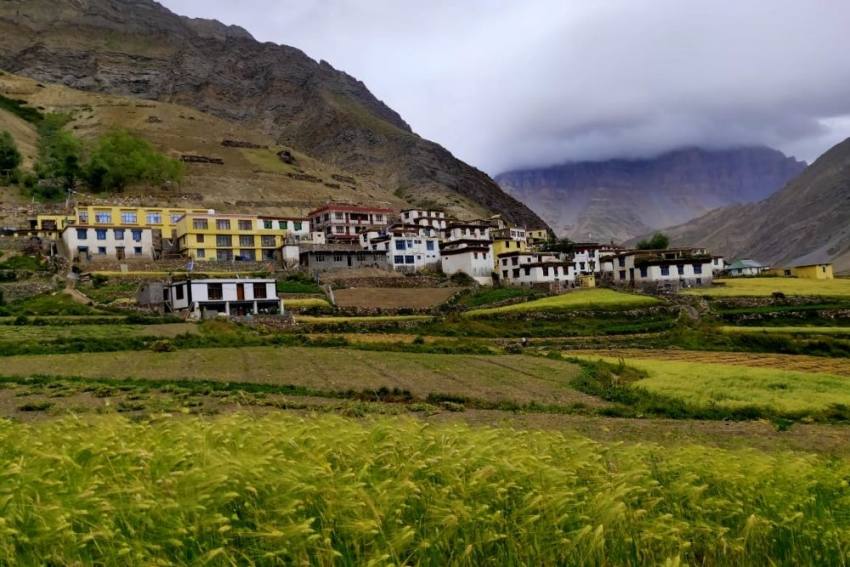 If the deserts of Rajasthan, as reports suggest, are facing the menace of feral dogs attacking wildlife, so have Himachal Pradesh’s high altitude cold deserts --- Spiti and Kaza.

For the first time, a study done by the wildlife wing of Himachal Pradesh forest department has revealed that feral dogs are a new concern in the Spiti area of Lahaul-Spiti district and Pangi valley of Chamba district.

The feral dogs, though not very high in number, could yet be a threat to biodiversity and some of the endangered species, if their population keeps growing in the high-altitude valleys.

Not A Grain Of Snow This Month, Apple Growers’ Worries Grow

The study was conducted through the Zoological Survey of India (ZSI), Kolkata, to understand the distribution pattern, population status and feeding resources of feral dogs in the Lahaul and Pangi landscape under GoI-GEF-UNDP SECURE Himalaya Project.

Archana Sharma, chief wildlife warden-cum-state project director, SECURE Himalaya, said on Saturday that the issue of feral dogs in high-altitude areas is a bit concerning, since the feral dogs are reported to lead to biodiversity loss, depredations of wildlife species and also competing with large carnivores like snow leopard.

SECURE Himalaya project has been launched by the Centre to ensure the conservation of forest resources, land and biodiversity with local and global significance.

“As globally few studies are available documenting the impact of feral dogs on wildlife, hence, in order to understand their current population status and impacts in Lahaul-Pangi landscapes this study was conducted under the SECURE project with the help of ZSI, Kolkata,” she said.

The micro-histological analysis of the feral dog suggested that though some of the wildlife species like marmot, blue sheep and rodents are part of the feral dogs’ diet, they prefer domestic livestock, which is a matter of great concern, the report said.

“Although the population density of feral dogs in landscape is still not alarming, this is the right time to start mitigation planning of this imminent threat in these high-range Himalayan ecosystem,” said Anil Thakur, conservator of forests (wildlife).

As a future strategy, the forest department and United Nations Development Programme (UNDP) with participation of the local community will together for feral dog management, which includes a sterilisation plan.

Pangi, at a height between 8,000 and 11,000 feet, is a rugged and poorly developed tribal area and one of the most remote parts of Himachal Pradesh, which got connected to a motorable road only a few years back.