In the absence of any regulatory authority, thousands of fertility clinics have mushroomed in the country over a period of time. 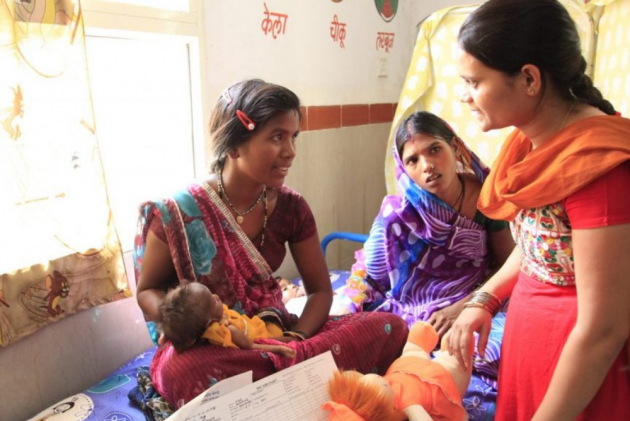 With infertility rising among couples in India, fertility clinics have become a booming business. Reports say that out of 10 lakh annual In-Vitro Fertilisation (IVF) cases in the world, 2.5 lakh, which is 25 per cent of the global share, take place only in India.

In the absence of any regulatory authority, thousands of fertility clinics have mushroomed in the country over a period of time. There is no monitoring mechanism in place on their quality of services and treatment which makes stakeholders, especially couples, vulnerable to various types of fraud.

One such fraud is committed by female egg donors where they hide their personal details, religion, and donation status to cheat fertility clinics.

IVF is a medical procedure in which a female egg and a male sperm are fertilised in a petri dish or outside the female body. After fertilization, it is placed in the female’s womb to grow as a fetus as in the case of a normal pregnancy.

Couples, where one of the two are infertile due to various reasons, opt for IVF clinics that arrange either female eggs or male sperm depending on the need in the case.

“If in a couple, the female partner is not able to produce enough or healthy quality eggs, we need female egg donors and if the male is unable to produce good quality sperm, we look for male donors,” Dr Suparna Banerjee, Clinical Director of Ankur Fertility Clinic, Kolkata and Institute of Reproductive Solution, Uttarpara.

“There is always a high demand for female egg donors, especially, in tier II and tier III cities. This is because while a male can give millions of sperms with natural stimulation, females are administered hormonal injections for 10 to 12 days so that they can produce some 10 to 20 eggs,” Dr Banerjee said.

Fertility experts say that a female’s egg quality deteriorates with each donation and good clinics don’t entertain a female donor more than three to four times.

“Though so far as I know, in many developed countries one female donor can donate eggs six times,” Dr Banerjee said.

Also, only healthy young females below the age of 30 years are considered good candidates for egg donation. These issues are governed by guidelines issued by the Indian Council of Medical Research as there is no law that regulates IVF procedures in India.

All these factors restrict female donors from egg donation and force them to resort to deceiving tactics. Fertility clinics say that female donors hide their age, religion, times they have donated eggs in the past, and their health status.

“While performing health check-ups we catch them red-handed. Like ultrasound can give us an idea of the history of their egg donations in the past but sometimes they can manage to get away with it,” Dr Saurav Prakash Maity, Gynaecologist and Fertility expert, Rashmika Fertility, Kolkata, said.

Dr Maity added, “We can catch them only when we retrieve poor quality eggs from them.

These experts say that there is no centralised data of donors in India and each clinic maintains its own records. So clinics cannot crosscheck and donors exploit the situation.

“They even manipulate their age and name by getting fake government IDs like Aadhar Card or Driving license issued. Just recently I caught a lady who came with a different Aadhar card with a different name,” a fertility clinic owner in Delhi said requesting anonymity.

Dr P Agarwal, MD, Sanjivani Test Tube Baby Centre, Sambalpur, Odisha said, “In places like Odisha where infertility among couples is a big issue, we always face a shortage of female donors and we have to depend on states like Chhattisgarh, West Bengal and Mumbai.”

Fertility experts say that a female donor earns between Rs 20,000 to Rs 40,000 for each donation and normally those who are in need of money come forward for that.

Experts have differences of opinion on the question of payment as many feel that they are well-compensated while some call it exploitation by the hands of fertility clinics which force women to go for multiple donations and commit fraud. Some experts also say that since there is no regulator, IVF clinics also try and exploit these helpless women by sometimes paying them as minimum as possible.

The government is in the process of bringing legislation and the current Assisted Reproductive Technology (ART) Bill is being deliberated upon among stakeholders. Interestingly, the bill says that a woman cannot donate eggs more than once in her lifetime.

Fertility experts say that this will not only create a huge shortage of donors but increase many types of frauds as well.

“Unless the government maintains a national database of all the donors and gives its access to all the IVF clinics, it is impossible to ensure one donation per female donor in India. It will increase a huge shortage of donors and couples have to pay more also,” the Delhi-based fertility clinics quoted above said.