'Few Have The Courage That You Do': Priyanka Gandhi On Rahul Gandhi's Resignation

Rahul Gandhi on Wednesday announced that he was no longer the president of the Congress, and the party should decide on a new chief without delay. 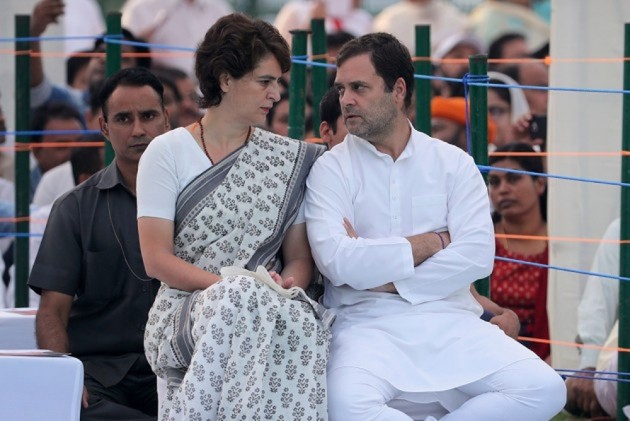 Congress general secretary Priyanka Gandhi Vadra on Thursday said she had "deepest respect" for her brother Rahul Gandhi's decision to resign as Congress chief of the debacle in the Lok Sabha polls, saying "few have the courage you do."

Rahul Gandhi on Wednesday announced that he was no longer the president of the Congress, and the party should decide on a new chief without delay.

"Few have the courage that you do @rahulgandhi. Deepest respect for your decision," said Priyanka in a tweet.

Few have the courage that you do @rahulgandhi. Deepest respect for your decision. https://t.co/dh5JMSB63P

He posted a four-page statement on social media.

"The party should decide on the new president quickly without further delay. I am nowhere in this process. I have already submitted my resignation and I am no longer the party president. CWC should convene a meeting at the earliest and decide," Gandhi told reporters in the parliament.

The 49-year-old leader --who has been adamant on his decision to quit as party president since May 25, two days after the results in which his party won 52 seats -- also stressed on the need for the Congress to "radically transform itself".

Gandhi, currently a Member of Lok Sabha from Wayanad in Kerala, became the Congress president in 2017.