Fifth Leopard Killed In Assam This Year, Locals Chop Off Its Teeth And Nails

The group of people who killed the leopard were later seen carrying its carcass in a ‘victory march’. 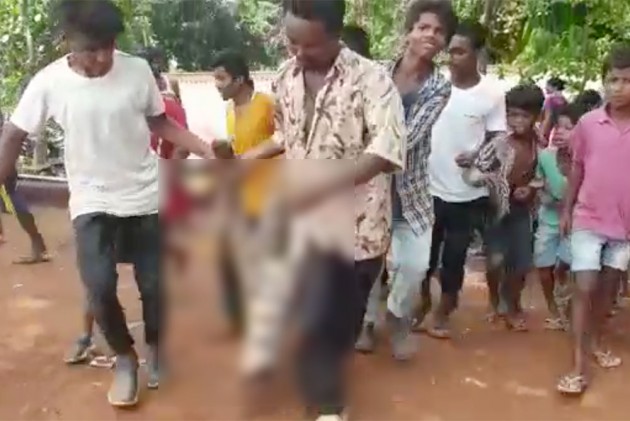 In yet another incident of violence against animals, a full-grown leopard was lynched to death by a group of people in Guwahati on Sunday.

The group of people who killed the leopard were later seen carrying its carcass in a ‘victory march’.

Police have detained at least seven individuals who are suspected to be involved in the case. They are further investigating the incident.

The leopard was stuck in a leg-hold trap set by some of the residents of Katabari area at the foothills Fatasil Reserved Forest hillocks.

Kumar said that the animal was struggling to set itself free from the trap for several hours.

“Before the forest officials and veterinary doctors arrived at the spot to tranquillize the leopard, it had lost its life. I got the information at around 10 am that the leopard was killed by some locals,” Kumar said.

The locals have also chopped off its body parts – skin, teeth, nails.

A local told reporters that the leopard had been terrorising the area for the last several days and also attacking their poultry and goats.

This is the fifth death of leopards this year in the state. Earlier in April, during the COVID-19 lockdown, four leopards were killed in Upper Assam’s Golaghat and Jorhat districts.

With the ever-increasing human population and encroachment, the leopards in the hills and reserve forests in and around Guwahati often venture in the city in search of food. A few weeks back, one leopard was shot in a video crossing the lane towards Kamakhya temple atop Nilachal hills in Guwahati.