According to the Assam Police website, the state reported 1,21,609 cognisable crimes in 2020 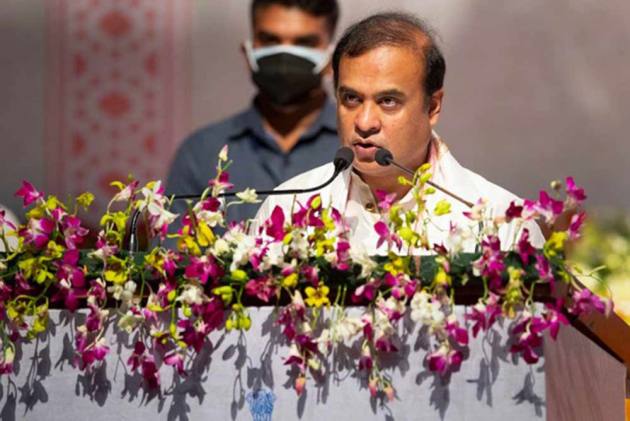 Assam Chief Minister Himanta Biswa Sarma on Monday directed the Officers In-Charge (OCs) of all police stations across the state to complete filing chargesheets in all pending rape, murder, drugs, extortion, and arms cases within the next six months.

"Within the next six months, chargesheets in all cases of rape, murder, drugs, extortion, and illegal arms pending at your police station must be submitted. Ask your senior officers, the range DIGs, for help wherever required," Sarma said while addressing the OCs during a meeting earlier today.

While mentioning rape cases, Sarma asked the state police to deal with such cases with empathy and “think of the victim as our mother, sister, or daughter” while preparing the chargesheet.

The chief minister further said that state police officials can take the help of CID to file all the pending chargesheets in various cases.

If there is a delay in getting forensic test reports, samples can be sent to forensic laboratories outside the state also, he said, adding that agreements can be signed with 4-5 top such laboratories in the country for the purpose.

The chief minister maintained that 50 per cent of the pending police cases in the state can be disposed of if chargesheets are submitted quickly.

The state reported a total of 1,21,609 cognisable crimes in 2020, according to information available on the Assam Police website.

Sarma pointed out that piles of cases under IPC section 144, pertaining mostly to dharnas and demonstrations, are gathering dust at the police stations.

"When non-heinous crimes, like dharna, are involved, there is no good in just keeping the case open. Similarly, with family cases, police keep the case open long after the matter has been sorted between the family members," he added.

Talking about cattle smuggling cases, the chief minister asserted that such crimes should be dealt with very strictly.

"No one should even look towards a cow with criminal intent. A cow is like God for us, providing us with milk, dung, helping us in farming, etc. Our fathers were dependent on cows for survival and we have gone down to such a level that we are into cattle smuggling now.

"There should be no case relating to cows at all. No cattle should be smuggled into the state and anyone found involved, must be brought to book," he said, asking the OCs of Srirampur, Gossaigaon, Dhubri, and Sagolia, which are along the border with West Bengal and Bangladesh, specifically to remain vigilant.

Likewise, if anyone indulges in cattle theft within the state, stringent measures as per the law will be adopted, he added.

Sarma further asked the OCs to ensure that police verification certificates for job aspirants should be issued within seven days, with the police personnel themselves informing the person concerned that it has been issued.

Similarly, there should not be any delay in case of police clearance for issue or renewal of passports also, he added.

"Families of people killed in road traffic accidents must be given the police report within 15 days. Once the post-mortem report reaches the police station, there should be no delay at the thana level," Sarma said.

Talking about the government's plans to provide facilities to the police stations, he said that all OCs will be allotted a four-wheeler or a motorbike, as required, within the next three months.

"Further, Rs 2.50 lakh will be given to each police station annually as a contingency fund to meet recurring expenses like electricity and phone bills, fuel charges, which could be a little more for larger police stations," the chief minister announced.

Besides, 'source money' for each police station will be provided through the IG (Special Branch) as maintaining a proper source for information is vital for any police station, he added.

"Three computers will be provided to each police station for efficient FIR registration, besides allotting generator sets to the police stations which do not have it currently," he said.

The Home Department is mulling constructing residential quarters for at least the OC and three Sub-Inspectors within the police station premise, Sarma said.

Fortnightly medical check-ups of all staff at the nearest hospital will also be ensured by the OC with the government to reimburse the cost if it has to be done at private hospitals for some reason, he added.

Underlining the crucial role of the local police stations, the chief minister said that if the police stations work efficiently, the entire police force will automatically perform well.

"Crime and police cannot co-exist. OCs can stop any and every illegal activity in their areas and they must have the moral authority to do it," he added.

The OCs will be transferred out of the district every two years without any political interference, Sarma said

Later talking to reporters after the conference, the chief minister complimented the police force for being able to crack many cases in the recent days.

"Cattle smuggling has been almost neutralised, a massive operation against drugs is going on and trafficking of women has come down drastically," he added.

Without giving the detail, Sarma said that more resources will be at the disposal of the police force after the Budget session this month, enabling them to perform even better.