The Citizenship Amendment Bill aims to allow non-Muslim from Bangladesh, Afghanistan and Pakistan to apply for Indian citizenship within six years of entering India. 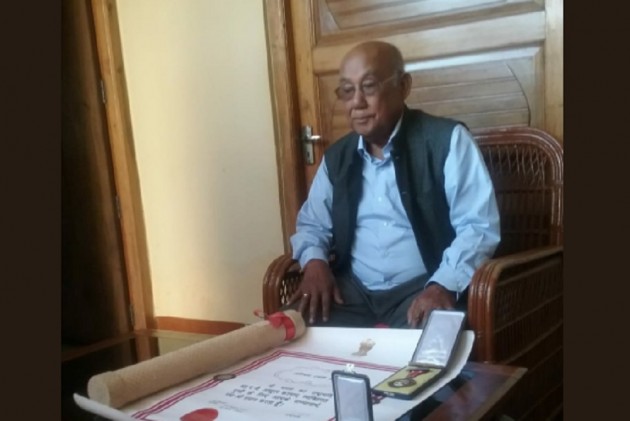 "The Bill is against the interest of the people of North-East and the indigenous people of Manipur. Several people here (Manipur) have opposed the Bill, but it seems they (the Central government) are determined to pass it," Sharma told IANS.

"Padma Shri is an honour. It is one of the highest forms of recognition in India. So, I thought the best way to protest was by returning it," he said.

The filmmaker, known for films like "Ishanou", "Imagi Ningthem (My Son, My precious)" and "Leipaklei", was honoured with the Padma Shri in 2006.

The Bill that has led to a series of protests in different north-eastern states was passed by the Lok Sabha on January 8.

The Bill seeks to amend the Citizenship Act, 1955 to grant Indian citizenship to Hindus, Sikhs, Buddhists, Jains, Parsis and Christians from Afghanistan, Bangladesh and Pakistan who entered India before December 31, 2014.

Last month, S. Prakash, Secretary of the North East Students Organisation (NESO), who led a NESO team to meet Manipur Chief Minister N. Biren Singh, had said the Chief Minister assured them that the Manipur government opposed the Bill unless there was a clause to protect the indigenous people in the region.

"The Chief Minister is asking just for a clause. They should oppose the Bill and not ask for an addition or a comma. We are not happy with the approach of Biren and his party," said the octogenarian filmmaker.

"There is no protection for people of the valley (in Manipur). If more people will come, then they (the indigenous people) will vanish in the valley or hills. What's the point of having culture, if there are no indigenous people? Manipuris' future will be all diluted. Northeast is becoming a dumping ground," he added.