Finally Dialogue Between Assam and Mizoram To End Border Dispute

The border dispute between the two states, had taken an ugly turn on July 26 this year, resulting into the death of six Assam policemen and one civilian. 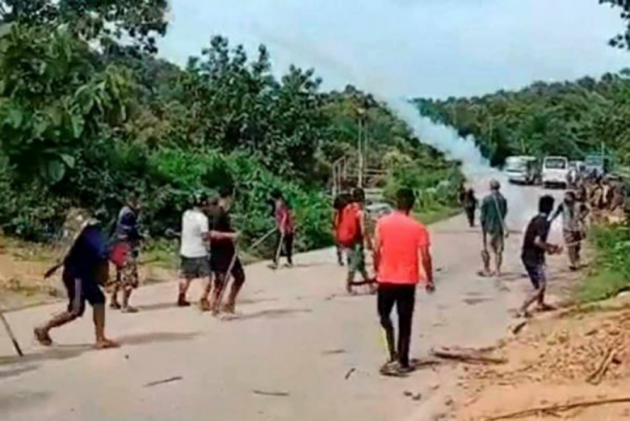 The ministers of two states Assam and Mizoram are going to deliberate with each other to end the deadly border dispute between the two north-eastern states.

The meeting has been scheduled for 11 am, which will be held at Aijal club.

A festering border dispute between the two states had triggered a bloody conflict on July 26, leading to the death six Assam Police personnel and one civilian. Over 50 people suffered injuries in the incident.

Taking to Twitter, Chief Minister Zoramthanga said that he was certain the meeting would help the two states arrive at a solution.

Earlier, on Monday, Assam chief minister Himanta Biswa Sarma had announced on the microblogging site that he will send two of his cabinet ministers to Aizawl to broker peace.

Two of my senior colleagues @ATULBORA2 and @TheAshokSinghal will visit Aizawl tomorrow with message of peace from people of Assam. @ZoramthangaCM @AmitShah https://t.co/OO31fIpB4i

Sarma’s announcement came hours after his Mizoram counterpart Zoramthanga declared on social media that he has directed the state police to withdraw cases filed against officials of the neighbouring state.

A senior police officer in Vairengte told PTI that no vehicle has entered the state from Assam since July 26. (With PTI inputs)