CM Basavaraj Bommai announced that he is going to announce a new list of ministers. 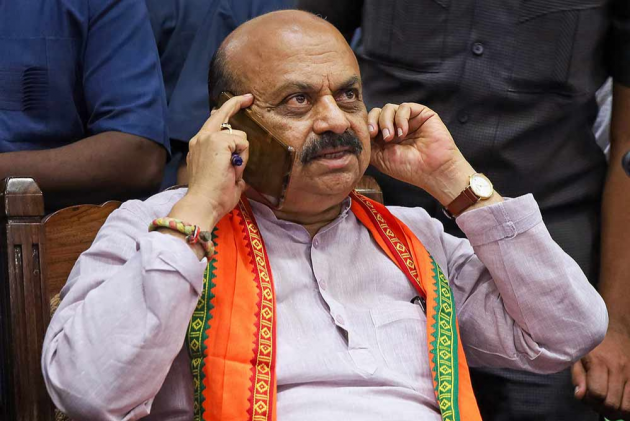 After hectic deliberations, Karnataka cabinet expansion is going to take place on Wednesday.

He added the expansion of his cabinet will take place this afternoon.

Bommai announced 29 new ministers will be inducted into his cabinet, while he said there will be no place for deputy chief minister.

Speaking to reporters at the airport here, he said the new cabinet Ministers will be sworn-in at 2:15 pm.

Bommai, who was elected as the new leader of the BJP legislature party last week, following Yediyurappa's resignation, had taken oath as the Chief Minister on July 28.

Hectic parleys were on between Bommai and central leaders in Delhi during the last couple of days, to finalise the cabinet expansion.

Meanwhile, ministerial aspirants also had continued lobbying to secure a berth in the new cabinet.

Expanding the Ministry is seen as the first big challenge before the new Chief Minister, as he will have to navigate through the cabinet formation exercise by maintaining balance between factions within the ruling BJP.

There are several aspirants among the party "old guards"and "youngsters", also there are legislators who had joined BJP after quitting Congress-JD(S) coalition in 2019. (With PTI inputs)