Police registered an FIR against the owner and manager the resort for opening it to Congress MLAs in alleged violation of lockdown notification which does not allow hotels and restaurants to open till Monday. 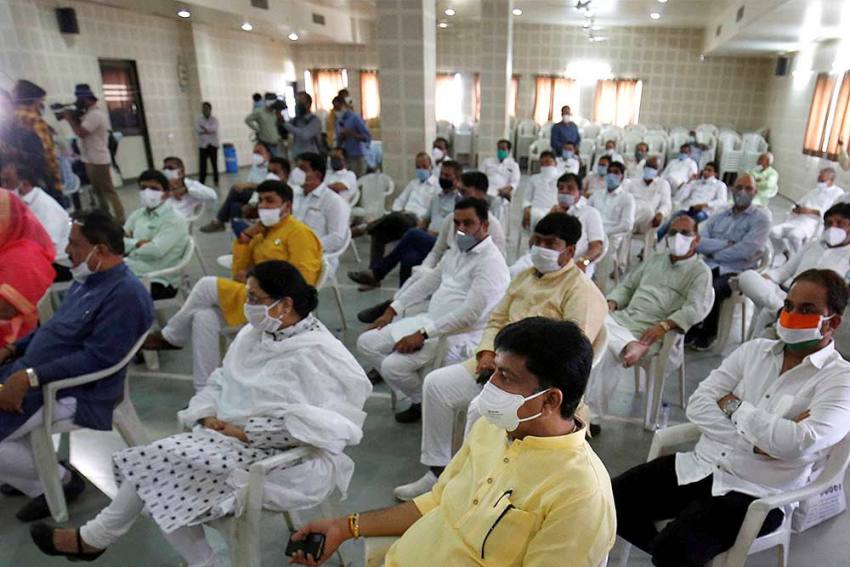 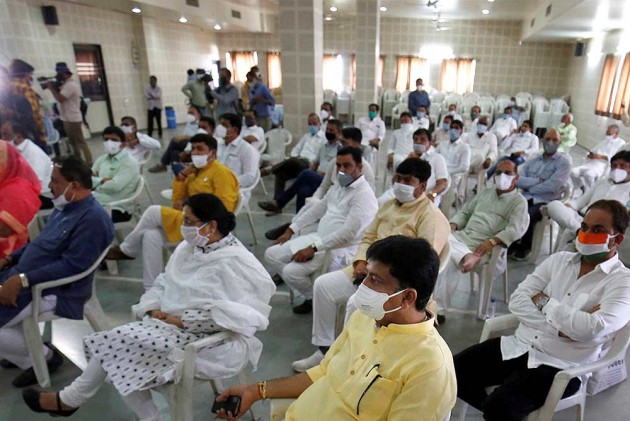 A police complaint was filed on Sunday for alleged violation of lockdown norms against a resort in Gujarat's Rajkot district where the Congress has lodged some of its MLAs to thwart any 'poaching' bid, an official said.

Except for five-six MLAs, most the 65 Congress legislators have reached various resorts in Gujarat after the party summoned them to protect them "from poaching" by the ruling BJP, ahead of the June 19 Rajya Sabha elections for four seats from the state, a Congress leader said.

Police registered an FIR against the owner and manager of Neelcity Resort in Rajkot under Indian Penal Code Section 188 (disobedience to order duly promulgated by public servant) for opening the resort for Congress MLAs, in alleged violation of lockdown notification which does not allow hotels and restaurants to open till Monday.

"We have lodged the first information report (FIR) against the owner and manager of the Neelcity Resort where Congress MLAs are staying. They have been booked for flouting the lockdown notification by opening the resort," University Road police station inspector R S Thakar said.

As per central and state government guidelines, hotels and restaurants can start operations from June 8, while Congress MLAs from Saurashtra region were lodged in the Rajkot resort on Saturday.

After the resignations of three Congress MLAs, the party shifted most of its legislators to three resorts in Rajkot, Ambaji in Banaskantha district and Anand.

The Congress' strength in the 182-member Gujarat Assembly has been reduced to 65 MLAs.

Most of these MLAs have reached the resorts in Rajkot, Anand and Ambaji where they will stay until the Rajya Sabha election day, Congress spokesperson Manish Doshi said.

"Five to seven MLAs who have not reached will do so by today. They might be held up due to personal reasons," Doshi said.

Leader of Opposition in the Assembly Paresh Dhanani and former LoP Arjun Modhwadiya are staying with some other MLAs at the resort in Rajkot.

The Congress had in March also taken its MLAs to a resort in Jaipur after five party legislators resigned before the March 26 Rajya Sabha polls, which were subsequently postponed due to the lockdown.

With the reduced strength of 65, the Congress may find it difficult to win two Rajya Sabha seats for which it has fielded Bharatsinh Solanki and Shaktisinh Gohil.

The Congress leaders have accused the ruling BJP of adopting means like "blackmailing, threatening or using money to poach its MLAs", a charge refuted by the ruling party.

The BJP, having 103 MLAs in the Assembly, has fielded Abhay Bhardwaj, Ramilaben Bara, and Narhari Amin for the election to four seats of the Rajya Sabha on June 19.

Besides the BJP and Congress, the 182-member Assembly also comprises two MLAs of the Bharatiya Tribal Party, one MLA of the NCP and an Independent legislator, Jignesh Mevani.

The effective strength of the House, however, stands at 172 as of now as 10 seats are currently vacant - two due to court cases and the rest because of resignations.