Police official said the journalists aired the news report which alleged that several government school students 'shivered in biting cold while government officials were busy with an event'. 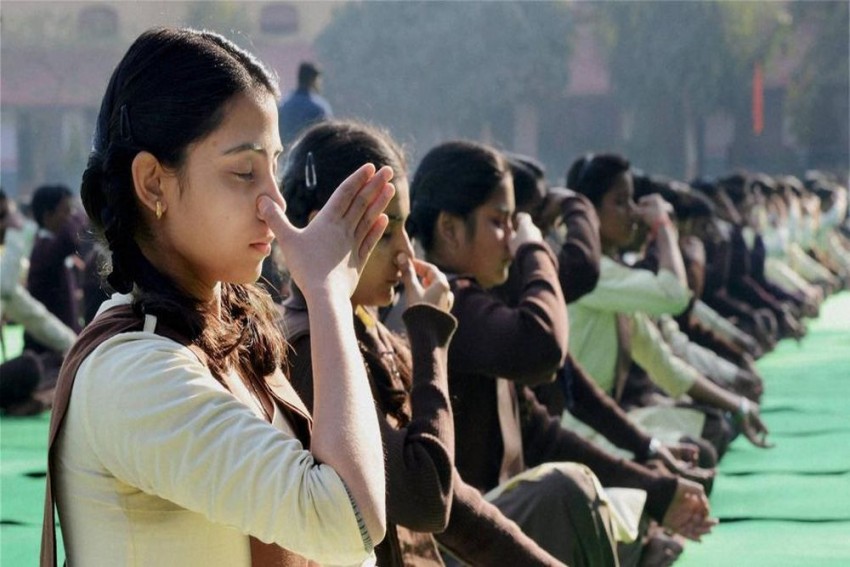 An FIR was filed against three local journalists in Uttar Pradesh for “public mischief and “criminal intimidation” for airing a news report on school children allegedly exercising in biting cold conditions without winter wear at a government function here, a police official said.

The FIR lodged by a Basic Shiksha Adhikari (BSA), an official who takes care of primary education in government schools, also accused the journalists of threatening him.

Officials concerned claimed the children were made to take off their winter wear only for the exercises.

The videos were of a function held to mark the UP foundation day on Sunday and was attended by state minister for technology, Ajit Pal Singh, several MLAs and government officials, including DM Kanpur Dehat Dinesh Chandra.

The video, after being aired by the journalists, also went viral on social media on Tuesday in which students were seen braving the biting cold, dressed in cotton shirts and knickers.

In the FIR, the BSA said the children wore woollens after the drill and the videos were shared with malafide intention. He added that the journalists also hurt the sentiments of yoga teachers, who were insulted in the process.

District Magistrate, Kanpur Dehat, Chandra, told reporters, "It was painful that some journalists who were not present here spread such news. You all know that yoga cannot be performed wearing a sweater, coat and pants. The students did a good performance and we all appreciated them."

One of the journalists, Amit Singh, said making the children do yoga in inadequate clothing in harsh winter conditions could not be justified and authorities could have been more careful.

The instructions have been issued to the Investigation Officer to probe the charges in a fair manner, he said.