The FIR has been lodged against the farmers sitting on dharna for not following social distancing norms. 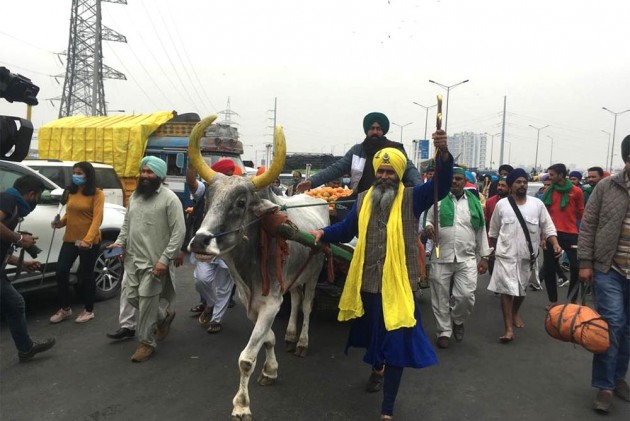 The farmers, mostly from Haryana and Punjab, have been protesting against the new farm laws and demanding the government to repeal them.

According to a report in Aaj Tak, the FIR against farmers was registered on December 7 at Alipur police station.

The government has held several rounds of talks with the protesting farmers, however, the talks did not yield any results. On Wednesday, the farmers rejected the written proposal of the government to amend the new farm laws.

The farmers had threatened to intensify their agitation if their demands are not met by the government. The farmer leaders at the press conference also said that they will block all roads in Delhi one by one if the three farm laws are not scrapped.

On Friday, the farmers announced that from December 12, farmers are planning to block the Delhi-Agra and the Delhi-Jaipur Expressways, and not pay any highway toll taxes. Apart from highways, they now intend to block train routes and railway tracks as well.