CISF Sub-Inspector Dies In Fire At CGO Complex In Delhi

The fire started at an office of the social justice and empowerment ministry in the building. 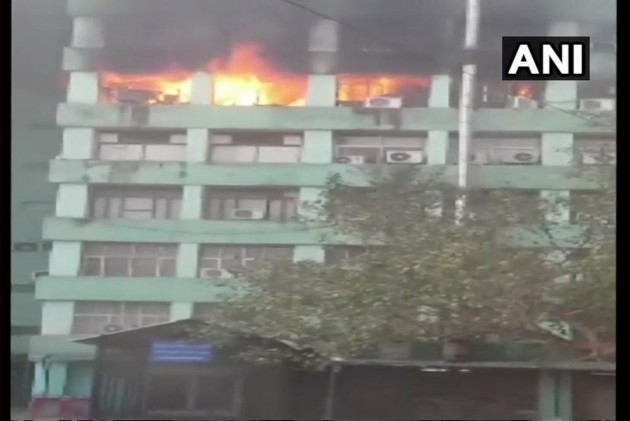 A CISF sub-inspector died Wednesday in a fire at the office of the Ministry of Social Justice in South Delhi's CGO complex that houses important government offices.

CISF Sub-Inspector M P Godara fell unconscious after inhaling toxic gases. He was taken to AIIMS, where he died.

A fire broke out at a central government building in Delhi on Wednesday morning.

About 24 engines were rushed to the spot to control the fire which broke out on the 5th floor of Pandit Deendayal Antyodaya Bhawan at CGO Complex.

Delhi: Fire broke out at the office of Ministry of Social Justice and Empowerment in Pandit Deendayal Antyodaya Bhawan, at CGO Complex, today; 24 fire tenders present at the spot. #Delhi pic.twitter.com/epcfEpr7eN

The fire department was informed about the fire around 8:30 am.

The fire started at an office of the social justice and empowerment ministry in the building. The flames have been contained and the cooling process is underway, Chief Fire Officer Atul Garg said, adding that the cause of the blaze is yet to be ascertained.

"Godara was the shift in-charge. When he went to take stock of the situation, he fell unconscious after inhaling carbon monoxide. He died at the hospital," Garg said.

Offices of the drinking water and sanitation ministry, forest ministry and a branch of the Indian Air Force are located in the Pandit Deendayal Antyodaya Bhawan, previously known as Paryavaran Bhawan.