Six fire tenders were rushed to the spot and the blaze was brought under control, a senior fire official said. 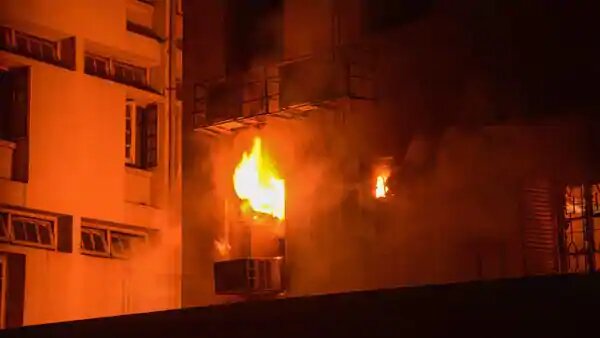 According to the fire officials, a call was made about a blaze at 11.36 am.

Six fire tenders were rushed to the spot and the blaze was brought under control, a senior fire official said.

The fire had broken out in the transformer and AC plant rooms in the second basement of the building, he said.

The police rushed to the spot after they received a call about the fire, officials said.

A lot of smoke was coming out from the basement of the building. Fire tenders, PCR vans and CAT ambulances reached the spot. No casualty has been reported and the situation is under control, a senior police officer said.