Firecracker Ban: States In Which You Can Burst 'Green' Crackers Tonight On Diwali

The Supreme Court on Monday said there cannot be a complete ban on firecrackers, and instead stressed the need to strengthen the mechanism to stop its misuse. 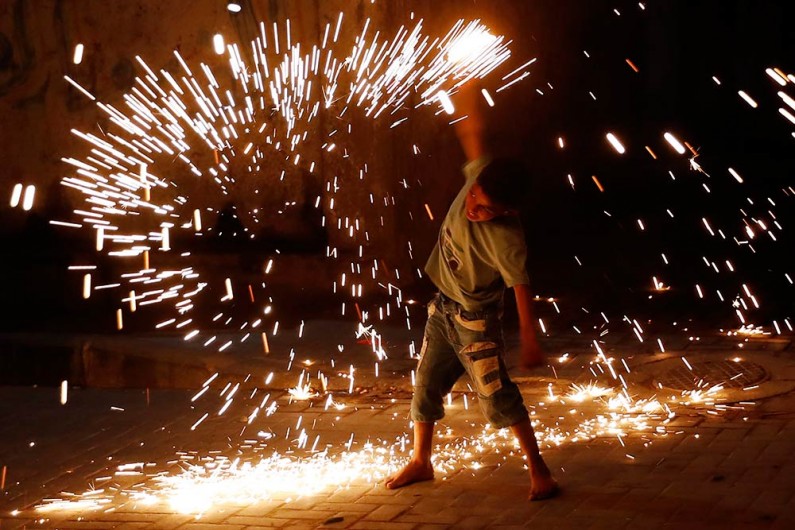 Diwali 2021 may not have turned entirely into a damp squib for firecracker enthusiasts with the Supreme Court overturning its previous ruling almost at the last minute against a blanket ban.

The Supreme Court on Monday said there cannot be a complete ban on firecrackers, and instead stressed the need to strengthen the mechanism to stop its misuse.

The SC has thus allowed the use of "green crackers" that do not contain barium salts.

Diwali 2021: What Are Electronic Crackers And Are They Truly Green?

However, states and UTs have different rules for the use, sale and purchase of firecrackers. While some have completely banned firecrackers, others have allowed regulated use.

Here are the rules regarding the use, sale and purchase of crackers across 11 states in India.

The Delhi Pollution Control Committee has issued a blanket ban on the bursting of firecrackers in the capital till January 1, 2022. Widespread arrests have taken place in Delhi ahead of Diwali with the Delhi police arresting 55 people and seizing over 6,000 kilograms of firecrackers since the ban on fireworks in the national capital.

Sale and purchase of firecrackers has been banned in 14 districts of Haryana. These include Faridabad, Karnal, Gurugram, Bhiwani, Panipat, Rohtak, Palwal, Nuh, Jahjjar, Charkhi Dadri, Sonipat, Karnal and others in the national capital region. Meanwhile, restrictions have been imposed on the rest of the districts.

West Bengal's pollution control board had previously allowed the bursting of green crackers at slotted times during Diwali and Chhat Puja. However, last Friday, Calcutta High Court banned the sale and purchase of all firecrackers in the state. On Monday, however, the Supreme Court said there cannot be a complete ban on firecrackers, and instead stressed the need to strengthen the mechanism to stop its misuse.

Karnataka has allowed the sale and purchase of "green crackers" from November 1 o 10.

The Maharashtra government has urged citizens to celebrate Diwali with lamps instead of crackers and maintain Covid-19 protocols while celebrating the day. However, there is no blanket restriction on bursting and sale or purchase of crackers.

In Pune, for instance, the production, sale and possession of a firecracker commonly known as 'sutli' or 'atom' bomb, has been banned by Pune police ahead of Diwali. The sale of firecrackers has been allowed in the city from October 27 to November 7, but the department was urging people to not burst crackers that create noise higher than 125 decibels. The bursting of firecrackers that create noise pollution will not be allowed between 10 pm and 6 am.

The Punjab government has allowed two hours from 8 pm -10 pm on Sunday for the bursting of green crackers across the state to mark the festival of Diwali and Guruparb. However, bursting of crackers has been restricted completely in districts like Mandi Gobindgarg and Jalandhar where AQI is poor.

Use, sale and purchase of firecrackers is completely banned in any district in Uttar Pradesh and Delhi NCR that records a "poor" or worse AQI.

There is a blanket ban on the bursting, selling of firecrackers in Assam. However, as per some reports, bursting of crackers was allowed for just two hours from 8 to10 pm on Sunday as well as from 6-8 am on Chhat Puja.

Bursting of crackers has been permitted on Diwali from 8 to 10 pm. The state also regulated the sale and purchase of crackers by banning online sales and only allowing licensed sellers to sell crackers that were prescribed to the permissible decibel limits. Crackers that contained illicit or toxic ingredients like arsenic, lithium, lead, antimony and mercury were banned.

Rajasthan, too, has allowed the nursing of green crackers from 8-10 pm for Diwali. However, the bursting of crackers is not allowed in places with "poor" or worse AQI.