Delhi government last week imposed a ban on sale and bursting of firecrackers from November 7 to 30. 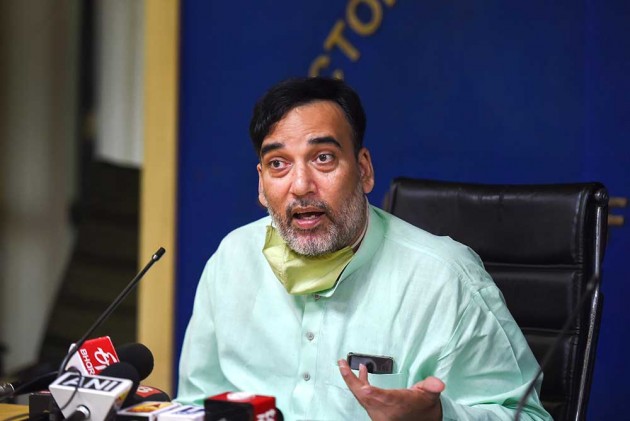 Delhi environment minister Gopal Rai on Monday said action will be taken against those not complying with the ban on firecrackers under the Air (Prevention and Control of Pollution) Act which invites a jail term of up to six years.

The Delhi Pollution Control Committee (DPCC) also issued guidelines for implementation of the ban on firecrackers, which included directions to the Delhi Police to register an FIR against the violators of the ban.

"In addition to an FIR, prosecution can also be launched under the relevant provisions of the Air Act," it said.

Rai discussed standard operating procedures to implement the ban at a meeting with district magistrates, senior officials of Delhi Police, and environment and revenue departments.

"As per the discussion, police can register an FIR and prosecute those violating the ban on firecrackers under the Air (Prevention and Control of Pollution) Act,” he told reporters.

"An offence can invite a fine and a jail term of minimum one and a half years and maximum of six years,” the minister said.

Rai said that according to experts, smoke from farm fires is expected to keep the national capital’s air quality in the “severe” zone till Diwali.

The DPCC asked the implementing agencies and departments to sensitize NGOs and resident welfare associations to stop bursting of all kinds of firecrackers.

Delhi Police and the revenue department have been directed to constitute patrolling teams to check violations.

“PCR vans may be used for making announcements about the ban,” it said.

The force had also been asked to maintain a strict vigil on the inventory of firecracker sellers and all related entities which were given licenses for sale and storage before the ban came into effect.

The Delhi government had last week imposed a complete ban on the sale and bursting of all types of firecrackers from November 7 to November 30.

The National Green Tribunal on Monday imposed a total ban on sale or use of all kinds of firecrackers in the National Capital Region (NCR) from November 9 midnight to November 30 midnight, saying "celebration by crackers is for happiness and not to celebrate deaths and diseases".